North Queensland Toyota Cowboys head coach Paul Green has retained the same victorious 17 from Round 20 for Saturday night's clash with the Roosters at Allianz Stadium.

Representative props Matt Scott and Jordan McLean will start in the front row together for the first time since Round 4.

McLean provided a huge boost to the Cowboys forward pack in his return from a long injury lay off against Newcastle.

The 26-year-old ran for 99 metres and chipped in 33 tackles in just 44 minutes in his first appearance since late March.

Scott was equally impressive during a rare appearance from the interchange.

Playing his first game since Round 14, the Cowboys co-captain rumbled his way for 96 metres from just nine carries.

Young gun Jake Clifford retains his place in the halves alongside Johnathan Thurston after a promising performance in his second NRL game, while Te Maire Martin keeps the No.1 jersey after producing a brilliant performance against the Knights.

Utility Ben Hampton has overcome a scary second-half incident to retain his spot on the interchange alongside forwards Shaun Fensom, John Asiata and Scott Bolton. 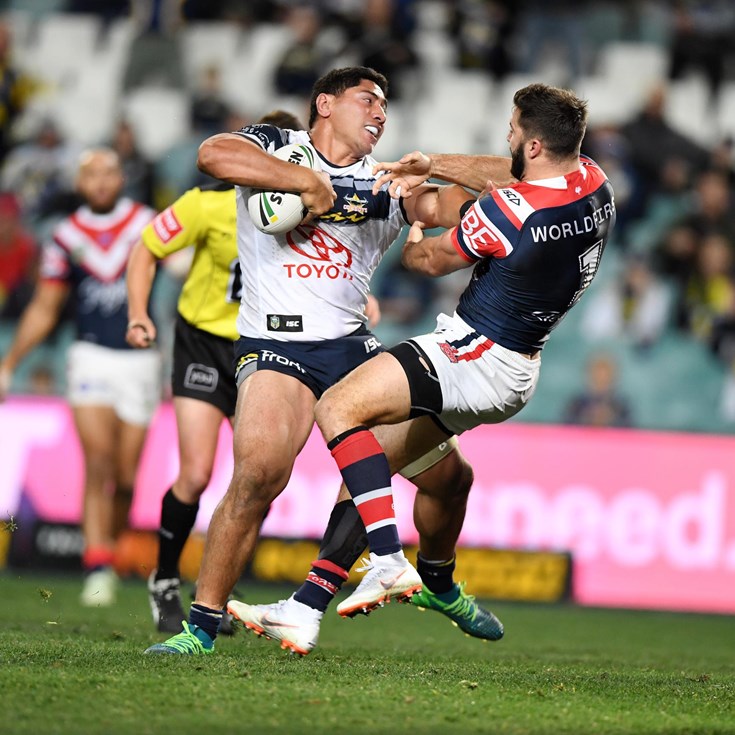