Acting on medical advice, Winterstein finishes his distinguished career with a glittering resume which includes 213 NRL games, 166 of which came in Cowboys colours.

The 30-year-old joined the club prior to the 2011 season and after an injury-interrupted maiden campaign, Winterstein quickly became a fixture on the left wing for the Cowboys.

In a four-season stretch between 2013 and 2016 the Samoa international amassed an astonishing 57 tries, highlighted by a 16-try haul in 2015.

A revered clubman, Winterstein finishes his Cowboys career with the fifth most tries in club history, behind only club legends Matthew Bowen, Ty Williams, Ash Graham and Johnathan Thurston.

After battling a persistent knee injury throughout his career, Winterstein said that in the past three months there had been a significant increase in pain and movement in the joint had been restricted even further.

After undergoing fresh scans in recent weeks, Winterstein heeded the advice of club medical staff to call time on his career in the best interests of his long-term health.

"First of all I would like to sincerely thank the North Queensland community for accepting me with open arms," Winterstein said.

"Since the day my family and I arrived this has felt like home. You have supported me through the good times and the bad and this place will always hold a special place in my heart.

"To all the Cowboys members, fans and partners, I truly believe you are the best supporters in the NRL and thank you for playing such a major part in making the North Queensland Toyota Cowboys the club it is today.

"Finally to my teammates and the staff at the Cowboys, I cannot thank you enough for making my time at the club such a special experience."

Cowboys Director of Football Peter Parr said Winterstein was an instrumental contributor to the club both on and off the field during his eight-year tenure as a Cowboy.

"In Antonio's first seven years at this club we played finals every year – that's not a coincidence," Parr said.

"He's one of the toughest players I've seen in my time at this club and how long he played with a chronic knee condition highlights that. The way he has dealt with this injury has helped build the culture and professionalism that is part of our club now."

"He has been a fantastic player, a premiership-winner, the epitome of toughness and a great team man," Green said.

"We thank him for his service and wish him and his family all the best for their life after football." 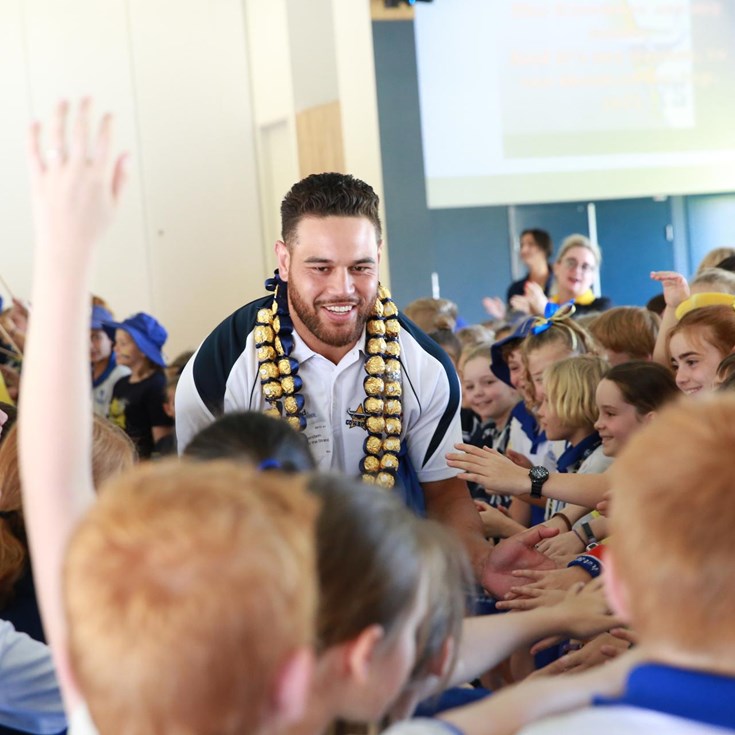 Pressure to perform from inside ranks

Winterstein not short of motivation in contract year