Our North Queensland Toyota Cowboys are in action for their Queensland Cup feeder clubs this weekend – here's a look at what's ahead. (Note: No Hastings Deering Colts U20s games this weekend.)

Five-eighth Shaun Hudson is the only Cowboys-contracted player Blackhawks coach Kristian Woolf will have at his disposal this weekend. The 23-year-old, who can also play centre, has been moved to the halves in recent weeks and has formed a dangerous combination with former Newcastle Knights playmaker Jaelen Feeney.

Long-time Cowboys NRL fullback Lachlan Coote drops back to the Cutters for their clash with the high-flying Blackhawks. Youngster Kurt Wiltshire has been in scintillating form since being elevated to the Queensland Cup from the under 20s, scoring tries in six of his 10 games. Second-rower Shane Wright will make his second appearance back from a fractured scapula, while hooker Sam Murphy earns a promotion from the under 20s.

Cowboys wrap: Wingers Murray Taulagi and Gideon Gela-Mosby both scored tries in last weekend's thrilling victory over ladder leaders Burleigh. Halfback Jake Clifford, who leads the Queensland Cup with 123 points, was the hero of the afternoon, booting a conversion after the full-time siren to secure a 30-28 victory. Ethan Lowe also drops back to the Pride after playing for the Cowboys in Darwin last weekend, while young forward Emry Pere will come from the bench. 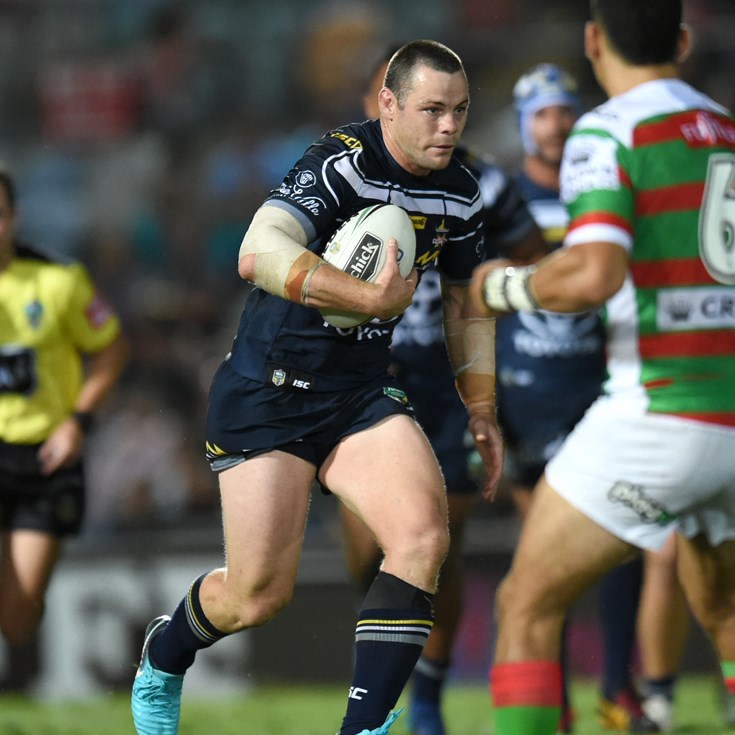