Scott was forced to sit-out the trip to Sydney in Round 13 after being found guilty of a grade 1 shoulder charge at the judiciary and instead watched the 26-12 defeat of the Sea Eagles from his couch in Townsville.

"I'm pretty keen to get back out there," he said.

"It was great to watch the boys play the way they did against Manly, but at the same time it was frustrating not being out there with them.

"I think we really showed some improvements across the park last week so I'm pretty keen to get back out there against Parramatta and hopefully we can improve on last week's performance again."

Adding to Scott's motivation is his admission from the Queensland State of Origin side.

The 22-game Maroons veteran was stunningly left out of the side by Kevin Walters for the series opener and Scott said he hoped to show the Queensland coach what he was missing out on with a big performance against the Eels.

"I guess you could say that [it's extra motivation], but at the end of the day I just want to get into footy after a week off and try and continue on the job that the boys did against Manly," the Cowboys prop said.

"I was obviously disappointed not to be in that team. I thought my last four or five weeks of footy have been pretty good and back to what I knew I was capable of doing.

Parramatta sit last on the competition ladder heading into Saturday's clash, but Scott has warned his troops not to let complacency creep in against a side he still views as dangerous despite their struggles this season.

"We're very wary of them. They get a couple of players back, Jarryd Hayne is back in the side so that's no doubt going to lift them," Scott said.

I still think they're a great side, obviously they've had their struggles this year as have we. We know the type of footy they are capable of playing and despite their recent form I think they'll be a handful. 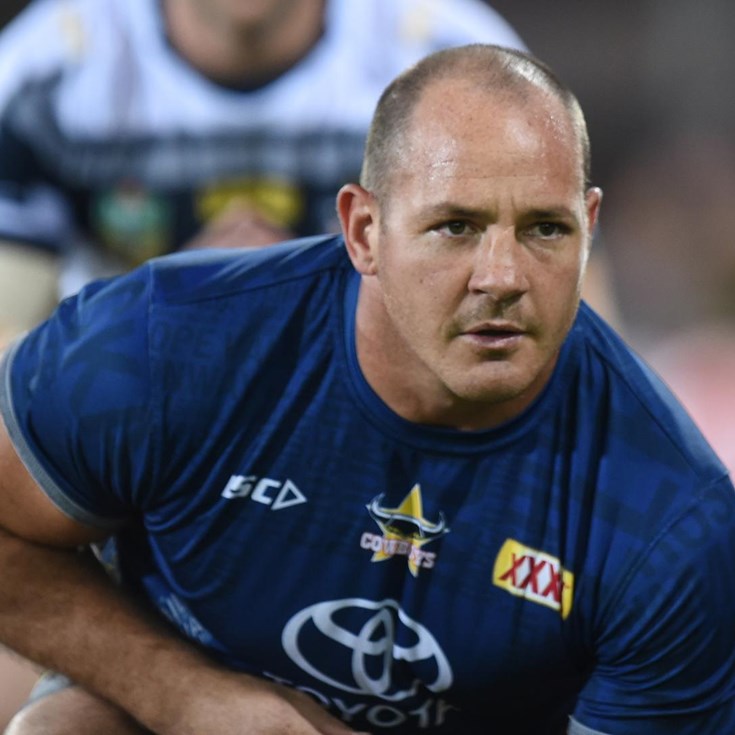