At the beginning of this year NRL Cowboys House reached full occupancy when 50 young men arrived to settle into their new home away from home. Six months into the year, and as Term 2 draws to a close, many memories have been made. Students have...

151 ACU Cowboys House is the newest cadet unit formed under the community-based youth development organisation Australian Army Cadets (AAC). Dressed in their new camo gear, students participated in a variety of activities at Lavarack Barracks, followed by a barbeque.

Students were among two hundred and fifty dancers who performed the same corroboree. They joined the Palm Island community for the event on Saturday 21 April, to break a Guinness World Record!

Students proudly marched during the ANZAC Day parade held in Townsville. Students ended their march by removing their caps as they received the 'eyes right' order to look at the Brigadier on the podium.

NRL Cowboys House is in its second year of operation and now accommodates 50 students, providing life-changing opportunities for some of the most disadvantaged students in the country.

The House is a joint initiative between the North Queensland Toyota Cowboys, the National Rugby League and Queensland and Australian Governments, and is managed by the Cowboys Community Foundation, the charity arm of the Cowboys.

For more information go to www.cowboysfoundation.org.au/programs/nrl-cowboys-house. 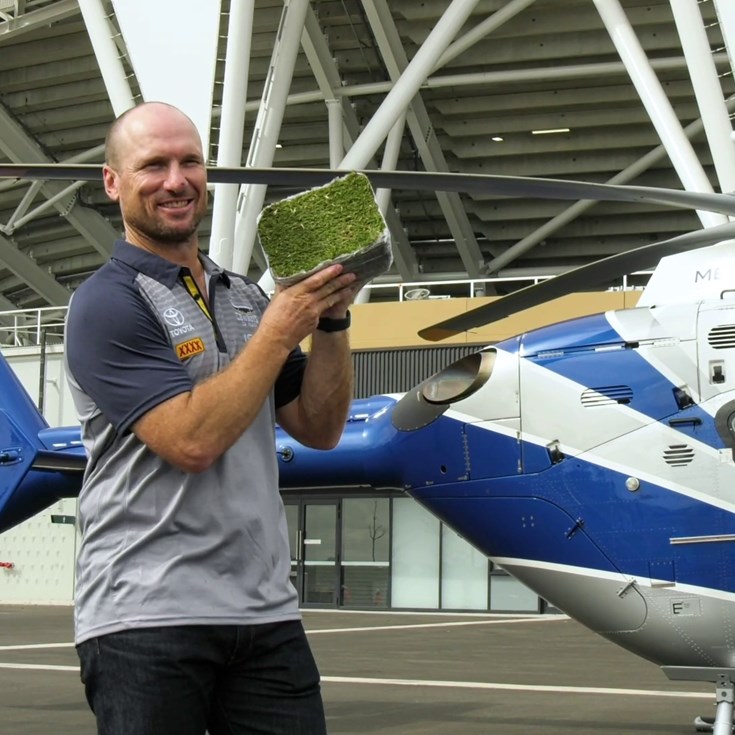 Transfer of turf a symbolic gesture for Cowboys

Cowboys on social: "It was a yes"