Gavin Cooper insists he can forge a lethal partnership with Cameron Munster as a left side one-two punch to rival the one he fine-tuned to distinction with Johnathan Thurston.

The 32-year-old Queensland back-rower is working closely with five-eighth Munster in Maroons camp at Sanctuary Cove to replicate the plays that have made the Thurston-Cooper combination such a devastating one for both the Cowboys and Origin teams.

There has been talk that Thurston’s absence from the representative arena will diminish the effectiveness of Cooper in the Holden State of Origin series opener.

Cooper rubbished those predictions when asked whether his combination with the Storm star would work just as well.

"I think so. I am not putting any pressure on Munster but he plays very much like JT," Cooper said.

"He is a very instinctive player and is not someone you need to set up a lot of things off. He is a natural footballer and generally breaks a lot of tackles with his running game. That is not something we want to take off him.

"We don’t want him to become JT and taking people into the line because his runs are his best option. We saw that in game three last year with how good he was.

"If he wasn't our best he was one of our top guys and that is what we want from him again.

"It [the combination with Munster] worked a couple of times at training. When there is 80,000 watching hopefully it works the same. I’ll give him space to run and if he doesn’t want to make the tough carry he can throw it to me and we’ll truck it up and see how we go."

Cooper said his own fearless running on the left side fitted in with his long-held approach to the game.

"I just try and create stuff for other people. That is the way I love to play. I like to help out the people around me whether that means running a good line off someone or throwing my head somewhere people don’t like to do it."

Cooper has been called on to mentor the young group of forwards coming through the Maroons system and said it was a role he was proud to take on after being given a confidence boost by coach Kevin Walters.

"Last year I spoke to Kev and he asked my opinion on a few things and I felt a bit funny giving it because I’d only played a couple of Origins," Cooper said.

Teammates give Hunt the green light

"He said it was because of my experience as a footballer, and  I do have a lot. I am a leader at our club and there are a lot of young guys here. If I have something to say, I’ll say it."

Cooper made his Origin debut at the age of 30 but said he was not ready to follow Cameron Smith, Cooper Cronk and Johnathan Thurston of into the sunset just yet.

"I was going to call a press conference and tell Kevvie I’m retiring in 2020,” he joked, before getting serious about the question.

"If I’m the best man for the job I’ll keep putting my hand up.

"I’m getting goose bumps talking about playing for the Maroons. It is something I have only done a few times and it took me a long time to get here so it’s not something I’m going to give up any time soon." 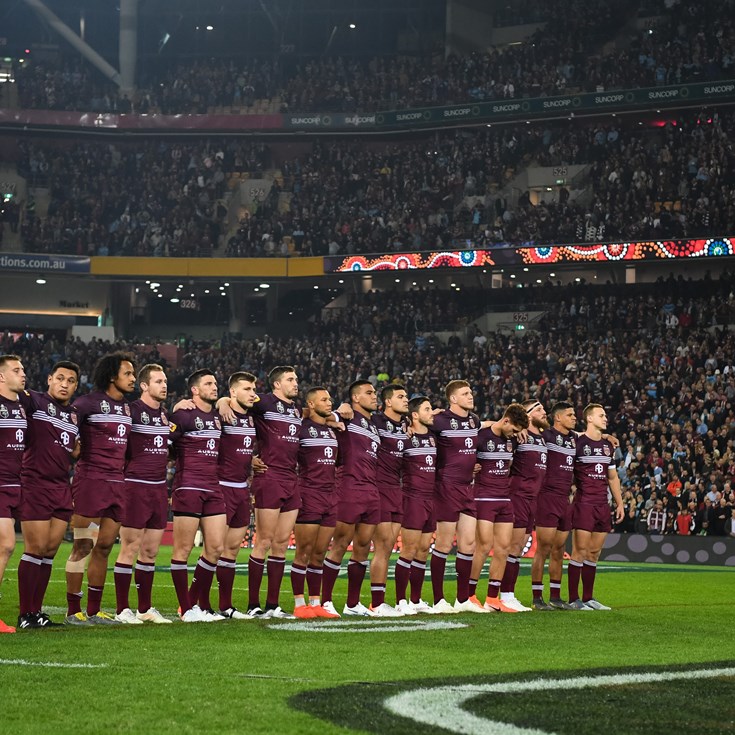 Born on the 4th of July: Gavin Cooper's Origin tale