Blues five-eighth James Maloney called on the NRL to use the sin-bin more for foul play in the wake of Jack Gosiewski's late hit on Johnathan Thurston on Thursday night.

Despite the NRL's declaration at the start of the season the sin-bin would be used more for foul play, the only time it has occurred is when Manly duo Dylan Walker and Apisai Koroisau got 10 in the bin for their roles in a brawl with Melbourne centre Curtis Scott.

"They (the NRL) have got to do something. If there's no deterrent then why are you going to stop," Maloney said.

"People are going to the bins now for smaller things like repeated infringements. If it's a blatant late shot and it's not deserving of that then what is.

"That's definitely got to be taken into consideration, then coaches will start talking to blokes because no one wants to be playing with 12 men.

"We're doing so much for concussion and player protection, well then this doesn't fit the bill if you let that slide does it."

Maloney described the late shot on Thurston in the Cowboys' 26-12 win over the Sea Eagles as a "cheap shot" and is adamant that in most circumstances players have the opportunity to pull out.

RCG calls for no dog shots

"There is plenty of legal ones where guys dig deep and you get cleaned up but that's part and parcel of it," he said.

"It's the late ones once the ball's gone and you've got the opportunity to pull out of it and you don't, that's a real concern.

"There's plenty of them that are fine but there's a few guys I suppose that are coming in really late. I did see the one on JT and thought that was pretty ordinary. It was pretty bad - a cheap shot."

Maloney's NSW teammate Tyson Frizell says late hits are not in the spirit of the game and the only way they will be eradicated is when players are being pulled up for it.

"Any front on shot I think is fine but the ones we've been seeing lately have been from a ball being passing and getting hit from the back," Frizell said.

"There's a big difference from not seeing it coming and one that you know you're going to cop. It's not in the spirit of the game or not something that I would look to do.

"There's different ways you can do it fair and right. You don't want to see it in the game and I guess if you start sitting boys down for shots like that it will slowly get taken out."

Blues prop Reagan Campbell-Gillard added that players need to be taking more responsibility in making the right decisions on whether to pursue the tackle or not.

"You're obliged to put on pressure and obviously do it in a safe manner," Campbell-Gillard said.

"If the person has kicked the ball you should be pulling out and not giving any dog shots. The ownership is on the person that is putting the pressure on [to make] that decision if it's safe or not." 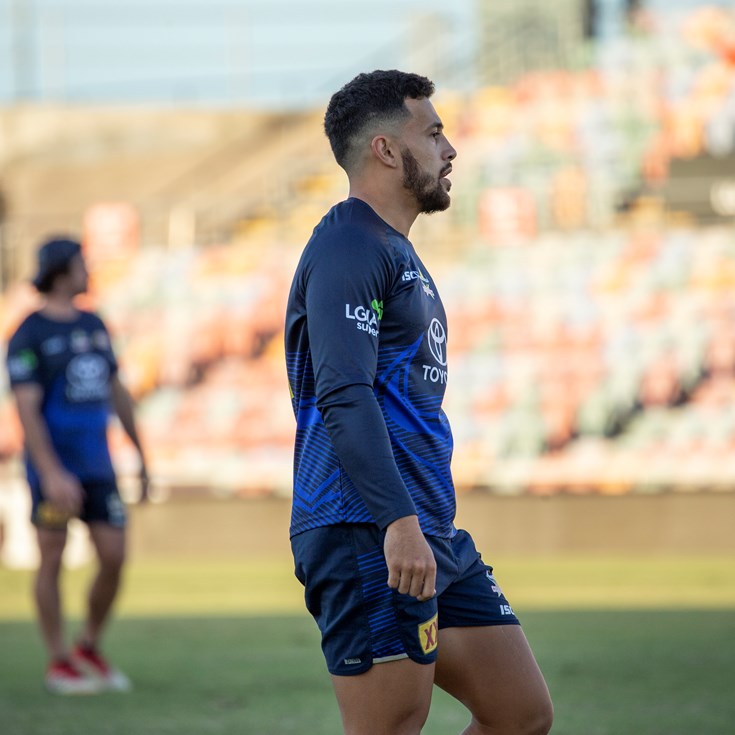 Shutting down the Panthers' pack