It was good news week for North Queensland Toyota Cowboys prop John Asiata, celebrating his 25th birthday with the gift that he and wife Shailah are expecting a baby boy.

Asiata announced the news on Instagram, telling the world with some very cute snaps of six-month-old daughter Eleana and a blue balloon.

He told media this week that Shailah had surprised him with the news as an early birthday present.

"The best present was knowing that I was having a son," he told media on Friday.

"It's very exciting to know that I'll have a girl and a boy, very close in age, less than 12 months apart – it's exciting times for myself and my wife."

Great way to start the weekend coming home to an early birthday surprise from the wife, our princess is getting a little brother 💙💙 👨‍👩‍👧‍👦 #blessed

Congratulations to John, Shailah and Eleana! 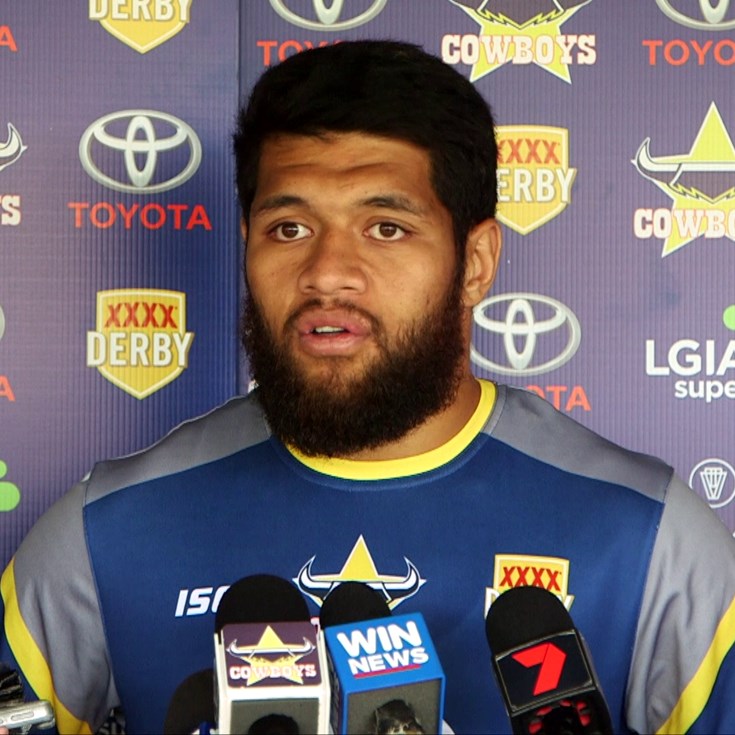 Asiata: This is no different