Morgan, who was utterly dominant in the number seven throughout the back-end of the 2017 season, spoke to Thurston after their 33-14 loss to the Penrith Panthers, asking him to think about how they share the playmaking duties.

"I had a chat with Johnno after the game and I told him to tell me if he wants more of me in certain areas," Morgan said.

"That's the way we get better and I'm happy for him to be honest with me and tell me what he wants from me, so I'm sure he'll have a think over the next few days and give his idea of where we can improve together."

It seems apparent that something needs tweaking in the Cowboys' attack, as it failed to rein in the Panthers despite having the majority of possession, and several repeat sets on the Panthers' line.

According to Morgan it is to be expected, given their re-shaped team and the return of players like Thurston and Matt Scott.

"I'm playing a different role to what I was last year as well with Johnno back, so he's gone into that main on-the-ball role," he said.

"Like a lot of the parts of our game [our combination] can be better, but we'll keep working at it, he hasn't played too much footy in a long time."

Morgan has also found himself defined as a leader within the group after his finals series heroics last year.

The position doesn't seem to faze the five-eighth, and he knows that players will look to him to help the team bounce back.

"When you start doubting yourself, that's when things go worse for you," he said.

"It's not going to be easy for us, any game that we come into, we'll re-group, keep working and we’ll be doing what we can to try and turn things around."

Morgan feels the side has failed to keep their heads in the game through adversity, and it's something they'll need to turn around if they want to start grinding games to victory like they did last year.

"When things go against us at times we aren't reacting the best we could, whether that's thinking about a penalty that's gone and then not clicking into our next defensive set," he said.

"Discipline areas hurt us a bit but we'll keep working to bounce back."

The Cowboys are hopeful prop Jordan McLean's foot injury is not serious but they're unlikely to get a full diagnosis until scans on Saturday. 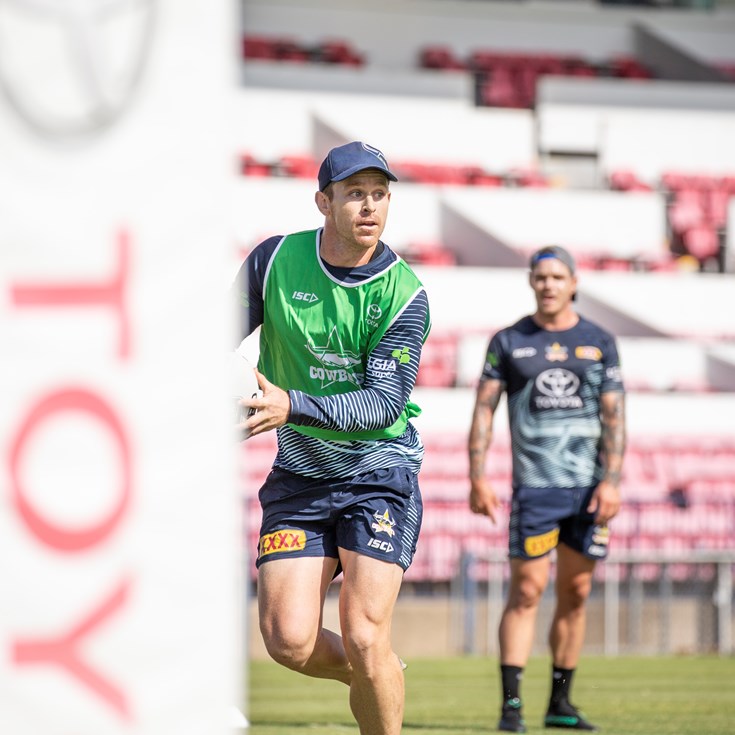