Johnathan Thurston joined the North Queensland Cowboys to play alongside Matthew Bowen, so it is appropriate the great halfback's 300th NRL game should also be the occasion when he breaks his good mate's record for most games for the club.

Thurston will play his 271st NRL match for the Cowboys on Friday night in the Telstra Premiership clash against the Sharks at 1300SMILES Stadium and it was the allure of playing alongside Bowen, who he had known from Emerging Origin camps, which saw him leave the Bulldogs and join the Cowboys in 2005.

The duo played nine seasons of NRL together, entertaining fans and winning countless games for the Cowboys as one of the best one-two punches in the game. The pair had a sixth-sense in terms of on-field understanding.

"I was a massive fan of Matty Bowen and that was one of the big drawcards of coming to Townsville," Thurston told NRL.com.

"I remember watching a game around that time when the Cowboys played the Sharks up here and Mango [Bowen] just about single-handedly won the game for them.

Two milestones for JT on Friday

"I just remember thinking how excited I was to play alongside him, and we did form a really good partnership together, on and off the field.

"Along with playing alongside Matty Sing and Ty Williams, Mango was a major reason I moved up here."

The significance of playing his 300th NRL game on the same night he passes Bowen's 270-game club mark is not lost on Thurston, who is also driven to make it a memorable night on the scoreboard.

"I've got a lot of great memories of playing alongside him and to surpass him in the most capped games for the Cowboys will be something that I’ll look back on when I retire, but at this stage there are two points on offer," he said.

One of the few current Cowboys to have played with both Thurston and Bowen is the Cowboys co-captain's close friend Gavin Cooper.

Cooper has scored plenty of tries off Thurston passes, but the veteran back-rower concedes the Bowen/Thurston combination was something special.

"I know they're both very instinctive players, you can put a lot of plans around what they do but at the end of the day, they're going to play off their instincts first.

"I think one of the things that comes to mind, it actually wasn’t for the Cowboys, but in the All-Stars game, when [Thurston] kicked through and ''Mango'' scored under the posts.

"It's just something that you see those guys do that comes very natural to those guys and not really a word has to be spoken."

While Thurston has left an indelible imprint on the history of the Cowboys, Cooper suggested Bowen's legacy was still in a league of its own.

"Mango is the reason he came up here, they'll laugh about it, it will be a very proud moment [on Friday night] for Johnno but at the same time he knows in what regard Mango is held in North Queensland, especially amongst the indigenous community in not just North Queensland, north Australia I suppose and then even up into the islands," Cooper said.

"You still go up there now and yes, people talk about JT, but Matty Bowen is always the one that's first on people's lips." 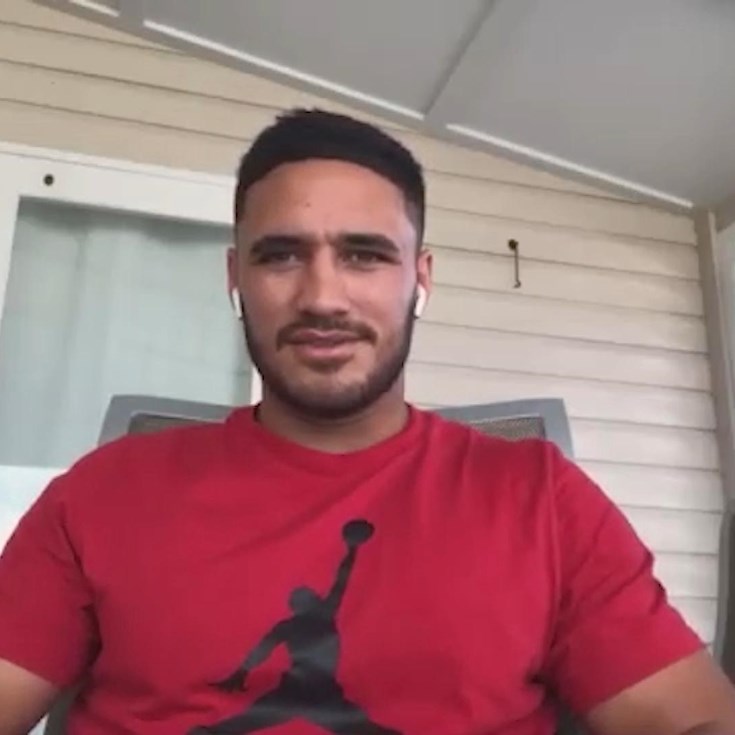 VOTE: Who is the greatest goal-kicker of all time?

Taumalolo: I'm ready to step up with Thurston gone