Of the seven players returning to pre-season last week, two are in rehab following post-season surgery, three are further progressed in their rehab from injuries sustained during the 2017 campaign, and two are uninjured and into full training.

Here's what strength and conditioning coach Ash Graham had to say about their early pre-season form.

Part of the Cowboys’ main squad, Tuala – who made his NRL debut in Round 24 last season – has graduated from the Under-20s program and joins the full-time group in 2018.

The Edmonton junior had off-season ankle surgery and is mainly doing bike work coupled with a weights program.

“Enari will be pretty limited for a few weeks; he still can’t run for about another two or three weeks,” Graham said.

“He’ll spend a bit of time with me for the pre-season, and he should progress pretty quickly once he starts running.” The reigning and last-awarded National Youth Competition Player of the Year, halfback Clifford comes into the Cowboys' five-player development squad following a strong year playing in the NYC, where he steered the team around the park and into a third straight finals series.

The Tully product had a shoulder operation in the off-season and will train alongside Tuala in the rehab crew.

Of Clifford, Graham says: "He’s looking pretty good. He’s still only six weeks post-op so he’ll be in the gym with me for most of the pre-season as well. He’s a good kid who works hard and he’ll progress pretty quickly.”

Graham added that centre Tuala and Clifford will be integrated back into some skills post-Christmas, with the view to resuming full training after that. In the development squad, Hudson is at the tail-end of a long rehab after tearing his ACL in the 2017 pre-season Auckland Nines tournament.

The former Titans Under-20s star is at month eight of a typically nine-month rehab, with Graham pleased at the centre’s progress.

“Huddo’s going really well. He’s doing some modified skills and then he’ll do some contact in the next few weeks, then he’ll progress back to full training,” Graham said.

“He’s looking to start the season.” 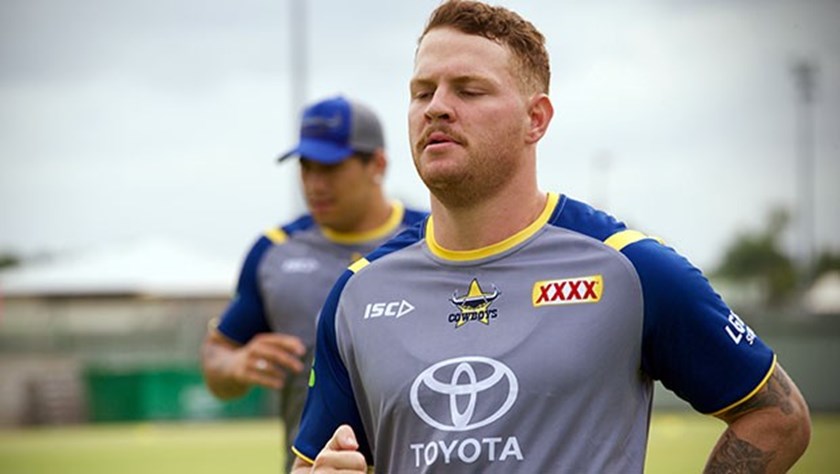 The 2016 Courier-Mail Medallist for Queensland Cup Player of the Year, Chudleigh spent 2017 rehabbing from an ACL injury, with his progress stymied when he needed a second surgery mid-year.

Staff are taking a steady-as-she-goes approach with the Canberra junior, the hooker playing his one and only NRL match in Round 18, 2016.

“He’s a bit behind Huddo and he won’t be ready for the start of the season, so we’re looking at a few weeks after the season starts to get him back out on to the field,” Graham said of Chudleigh. A former Broncos squad member and Queensland Cup premiership winner, fullback Anderson joins the Cowboys as a development player on a two-year deal.

After suffering a broken arm playing for the Townsville Blackhawks at the end of the 2017 season, Anderson is all but fully recovered and looking to get a solid pre-season under his belt.

Graham said: “Carlin is a talented player. We’re excited to have him in our squad. He broke his arm at the end of last season but he’s basically back into full training now.

“He’ll be modified with his contact for a few weeks. But he’ll fold into full training once the rest of the boys return.” A Junior Kiwi in 2017, the 122kg, 193cm-tall Pere is a powerful forward who joins the development squad after two strong seasons with the Cowboys’ Under-20s team.

Graham was impressed with the youngster’s big motor and skill set, including good footwork for a big body. 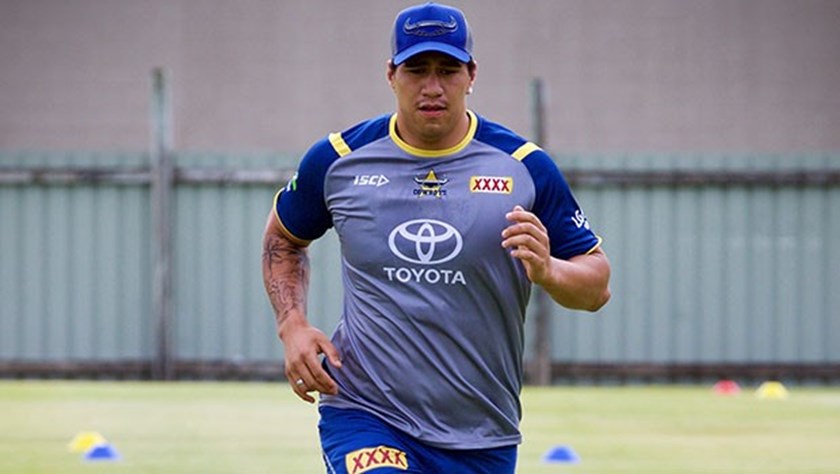 Having progressed through the Cowboys’ Elite Pathways program – from Mackay academy graduate to three seasons in the NYC – Mackay’s Dunn makes his way into the team’s development squad.

Having overcome two serious shoulder injuries, the young five-eighth is fully fit and keen to get a full NRL pre-season under his belt.

“Mitchy’s a great kid and he’s turned up in good nick,” Graham said.

“He’s got the lowest skinfolds out of all the boys here so far, which he’s been telling everyone about … he’s setting himself up for a good pre-season and he’ll have a good crack through the year.” All I want for Christmas is... a Cowboys signing session!

SEASON REVIEW: On the bench