The 2017 Johnathan Thurston story is one of injury setback mixed with soaring inspiration and memorable moments.

No one can forget those iconic scenes of Thurston – his repaired shoulder in a sling – and his good mate and Maroons skipper Cameron Smith holding the State of Origin Shield aloft following a third straight series win.

Or what about Thurston picking up dressing room rubbish during the finals, the wounded leader doing his bit for a team that defied critics to get all the way to the grand final despite having Thurston and co-captain Matt Scott missing for the bulk of the season?

Thurston started the 2017 season strongly, as the Cowboys went four wins and two losses across the opening six rounds.

But a calf injury in a Round 6 loss to the Tigers was the beginning of a dramatic series of events that led to Thurston’s season being over for good two months later when he busted his shoulder in Origin II. He’d only played one club game in that period – a starring turn in a big win over the Eels in Darwin – the 34-year-old stranded on 299 NRL games and 270 Cowboys games, equal with Matt Bowen.

Having now called time on rep footy, Thurston will rehab in the summer and be poised for a return to the field in Round 1, 2018. 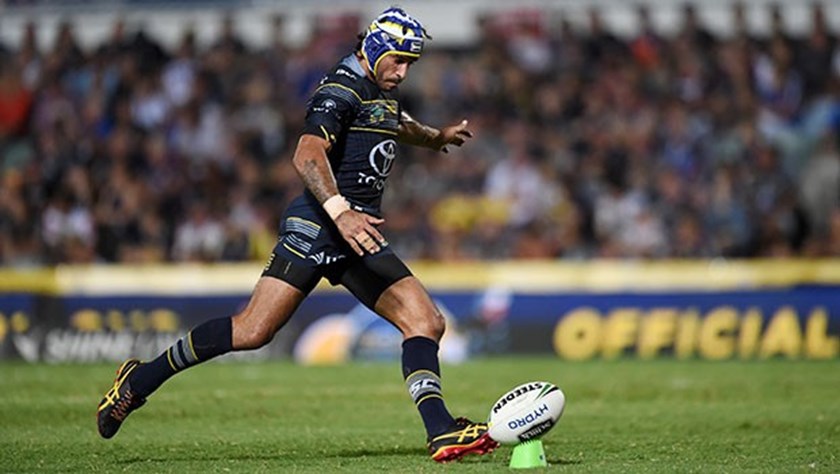