When Michael Morgan retires, he’ll look back with bittersweet memories of season 2017.

Desperately disappointed post-match after the Melbourne Storm heavily defeated the Cowboys in the grand final, Morgan shouldered a massive load in 2017 – and very nearly succeeded.

A reluctant on-field leader – by his own admission – at the start of the season, five-eighth Morgan started a new NRL campaign slowly. Retained in the Australian team for the May Test Match against New Zealand, Morgan started to warm into the season and took on the chief playmaker’s role from Round 15 onwards when mercurial co-captain Johnathan Thurston’s season was cut short by injury.

A star turn in the Queensland Maroons’ all-conquering State of Origin team was the springboard for one of the all-time dominant back halves of a season as Morgan – now playing halfback – put in five-star display after five-star display to lead his team all the way to a third NRL grand final appearance.

Evidence of his influence on the team, during the run-in towards the finals, was presented post-season at the club's annual awards dinner. Morgan polled zero "Cowboy of the Year" votes up to Round 10 but came storming home to come second in the voting behind back-to-back Paul Bowman medallist Jason Taumalolo.

He was also runner-up – to Melbourne’s Cameron Smith – in Dally M voting for the game’s best player.

A big factor in Morgan’s stellar year was his improved kicking game, the 25-year-old suddenly the team’s go-to man in that department in the wake of Thurston’s injury-enforced departure. Time and again the Townsville Brothers junior would turn games with a 40-20 or an impossible-to-handle bomb, placing the opposition under huge pressure.

With Thurston to play on for one more season, fans got a glimpse of the future of the Cowboys over the back half of the season with Morgan and mid-season recruit Te Maire Martin growing in confidence as a halves pairing. 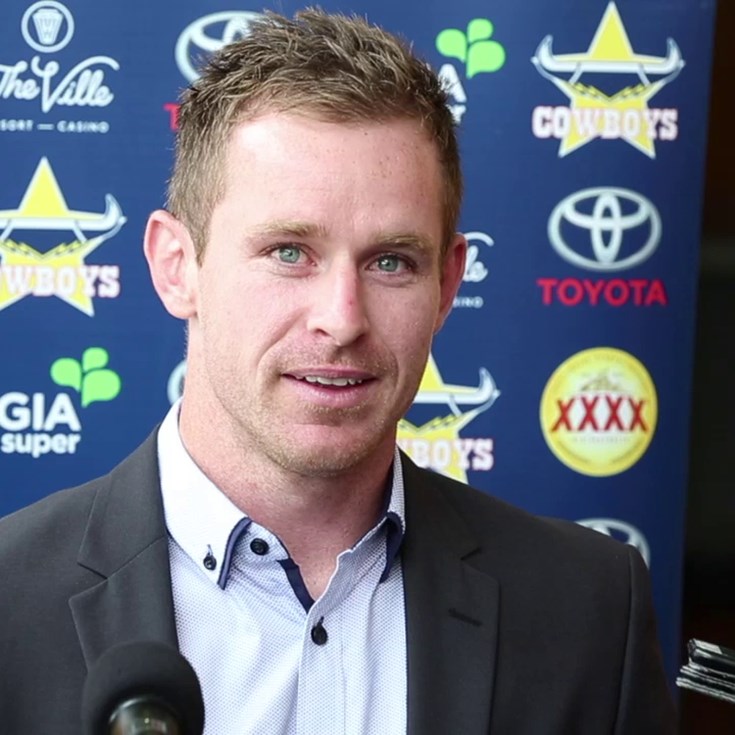 Morgan beats Munster to Roos No.6