A mid-season recruit from the Penrith Panthers, Kiwi international Te Maire Martin hit the ground running with a try-scoring double on club debut against the Raiders in Round 17.

Originally brought to the club as a long-term halves back-up and possible successor to Johnathan Thurston – who will likely retire at the end of next season – Martin was thrust into the hot seat from the get-go with Thurston’s season-ending shoulder injury.

But the savvy five-eight wasted no time is easing his way into the new role, the 22 year old quickly establishing himself as a clever ball runner and ball player and a great foil to Michael Morgan for the balance of what was to be a memorable run to the grand final.

Six tries and 12 club appearance is a testament to Martin’s game awareness, while his tough defending in the middle of the park earned praise from teammates and fans alike. 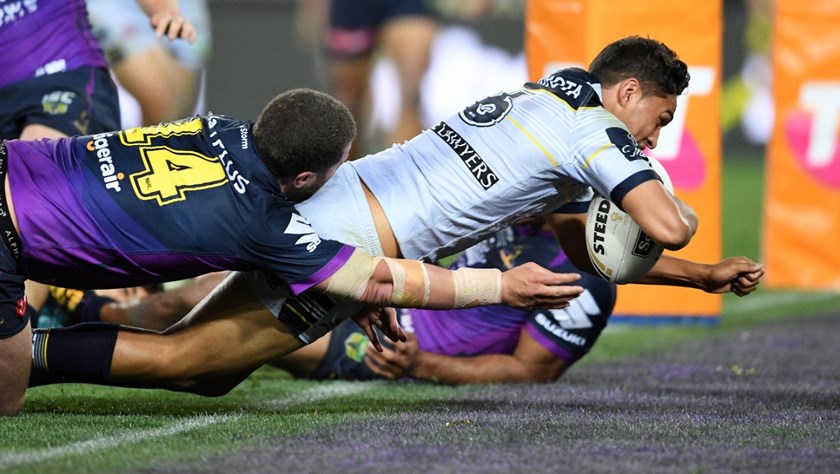