Proud North Queensland Toyota Cowboys member of five years, Kath Sheahan of Cardwell, had a season to remember after winning an all-expenses paid trip for four to see the Cowboys play the Storm in the 2017 NRL Telstra Premiership Grand Final. 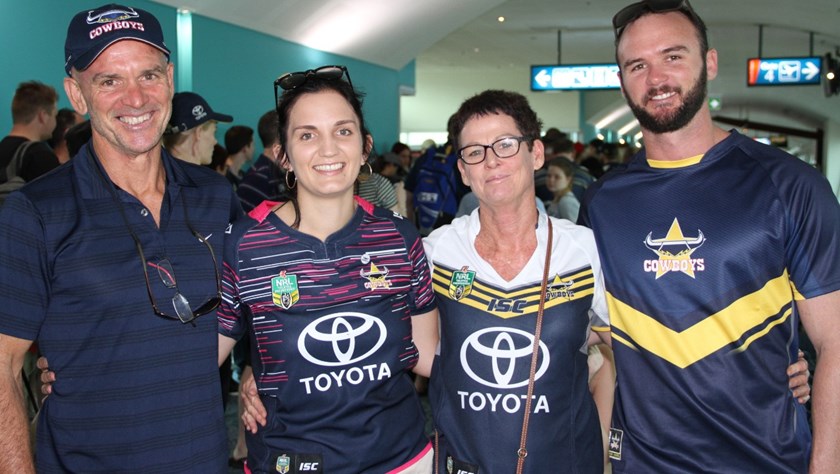 With the competition drawn during the NRL regular season, prize winner Kath held hopes that she would be able to watch her team live at the big decider but wasn’t sure how the finals would play out.

“My reaction to winning the prize was firstly disbelief, mainly because I never win anything, but then what a great experience it would be regardless of which teams were playing in the GF. I was hopeful for our boys to be in but at that stage I was not confident,” Kath said.

“I was always sure our boys would beat Cronulla in the first final but was very nervous about the following games. We were so excited when the last final was played and won and knew that we would be there in person to support the team.” “I was so proud of the way our players conducted themselves post-match, even though they were very disappointed. And who could forget Gavin Cooper's speech – such a worthy captain and one of my favourite players,” Kath said.

Kath and her girlfriends make the two-hour pilgrimage from Cardwell each home game to 1300SMILES Stadium and often make a ‘girls weekend’ of the trip.

“My sister and I are such proud supporters of the Cowboys. I have another friend joining this season and my mother-in-law (who lives in Tweed Heads but originally from Townsville). Sometimes we stay in Townsville and have a girls' weekend, so it’s also an opportunity for us to get away.”

Kath is already looking ahead to the 2018 season, and most looking forward to another grand final title whilst acknowledging the tough road of 2017.

“I love the club, the culture, the way the players involve themselves in the community and interact with the fans but most of all I love how humble they are and how grateful they are to the supporters.

“Win, lose or draw I will forever be proud of this football team. This season has had its ups and downs but they have never given up. A place in the GF was just reward for the hard times they have endured.”

Presented By BMD 10 hours ago