North Queensland Toyota Cowboys halfback Michael Morgan says it wasn’t luck that got the team into the 2017 National Rugby League finals – it was hard work and ability.

The exciting playmaker was speaking ahead of the Cowboys’ do-or-die finals match against the Cronulla Sharks in Sydney on Sunday, and said North Queensland deserved to be in the post-season just as much as the seven other teams still in contention for the NRL premiership.

“Of course we should be here. It’s a top eight, and we finished eighth,” Morgan said.

“It wasn’t luck, we won enough games to makes the finals, simple as that.”

Morgan will again partner young Kiwi Te Maire Martin in the halves, with the mid-season recruit having returned strongly from a knee injury incurred in the team’s Round 22 loss to the Melbourne Storm in Townsville.

“Te Maire’s been great and getting better every week,” Morgan said.

“He’s not hampered at all now. He’s wearing that heavy strapping but sometimes coming back from an injury, having that on there is good from a reassurance point of view … we’re all ready and raring to go so it’ll be a fantastic match and it’ll be awesome to be playing finals footy again.”

The match kicks off at 4.10pm at Allianz Stadium on Sunday 10 September. 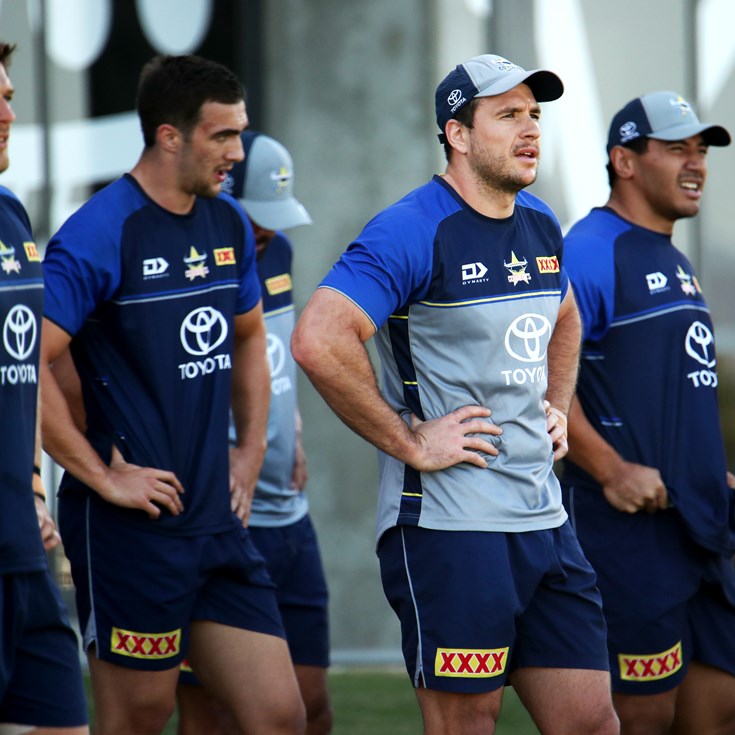