Ever wondered what it would be like to fill the coach’s shoes for a day? Bowen locals Casey and Troy can now tell you, thanks to Cowboys’ principal partner Toyota and the North Queensland Toyota Dealers!

Winners of the Cowboys 'Coach for a Day’ competition, Casey and Troy were given a behind-the-scenes experience at the home game against the Sharks after purchasing a brand-new Prado TD GXL from Filby’s Motors Toyota in Bowen. 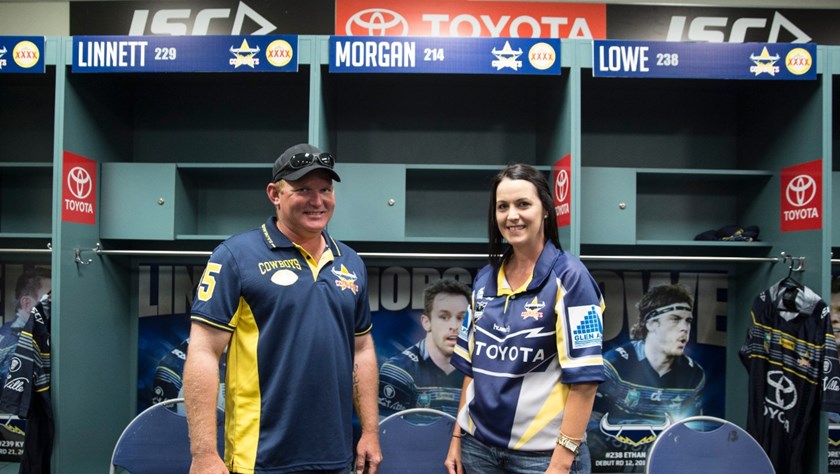 With the prize valued at over $5,000, the diehard Cowboys supporters enjoyed a money-can’t-buy tour pre-game led by assistant coach Josh Hannay, and corporate hospitality during the first half, then had the chance to sit sideline with Cowboys football manager Peter Parr and support staff for the second half.

A mum of three young children (5 years, 1 year and 4 months), Casey said they made the most of the opportunity.

“We were shocked when we found out we’d won – we never have any luck winning anything!” Casey said.

“We thoroughly enjoyed the experience, we don’t get to go to the live games anymore as we have small children and work commitments.”

“It was great to see what happens behind the scenes of a game – a real eye opener!” 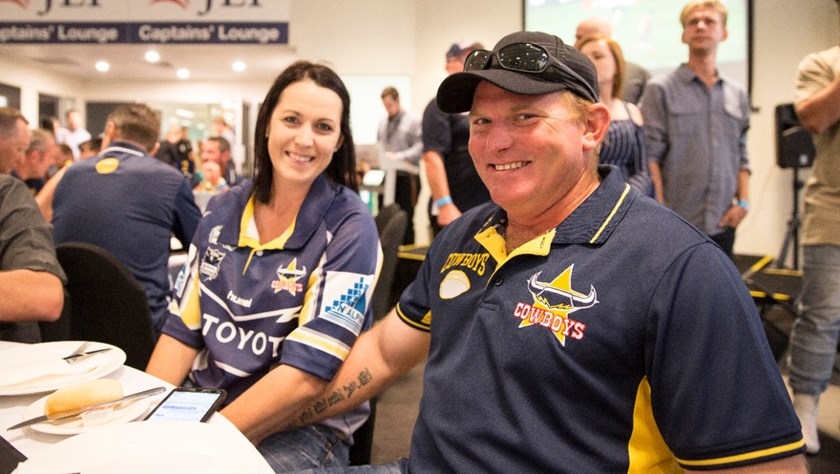 A miner (Troy) and registered nurse (Casey) by trade, the Bowen couple have been supporting the club since it began in 1995, and say that the Cowboys have become part of their family, having backed them for over 22 years.

“Our favourite player would have to be JT – he is a great footballer, a top leader for the club and the NRL itself.

“Being family-oriented ourselves, we love how he incorporates his family into his career, he feels part of our family.”

Everyone who bought a new Toyota from one of the North Queensland Toyota Dealers during July went into the Coach for a Day competition draw.

We’re glad you had such a great time, Casey and Troy – thanks so much for your continued support! 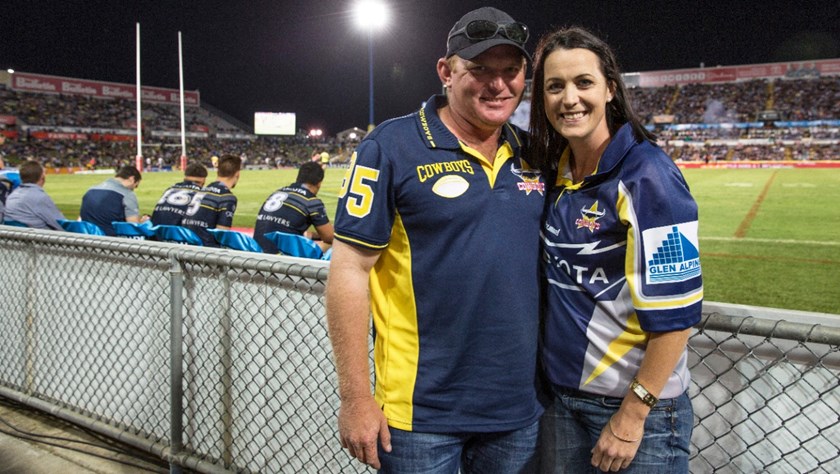