The North Queensland Toyota Cowboys’ Under-20s have leaped into third place on the National Youth Competition ladder with a 26-18 win over the Wests Tigers at Campbelltown Stadium tonight.

The five-tries-to-three win wasn’t hugely convincing but the team scored a number of well-executed tries to seal their spot in the NYC finals, as well as leapfrog the Dragons and Eels on the ladder due to a superior points differential.

Two late Tigers tries took some gloss off the win – given the hosts were placed second-last on the NYC ladder with just four wins in 2017 – but a return to the winners’ circle will provide the team with a lift heading into their final-round match against likely fellow finalists the Brisbane Broncos. 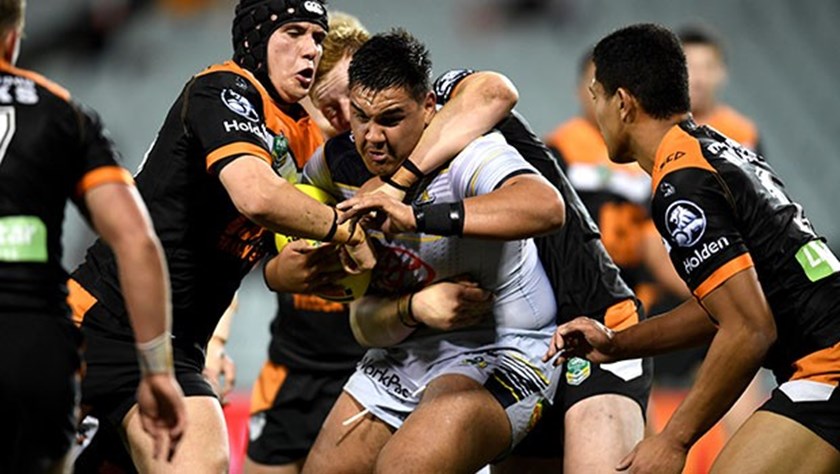 In a sometimes spiteful affair, the willing contest included two sin bins, with Cowboys winger Nathan Traill and Tigers halfback Josh Bermingham both given 10 minutes to cool off early in the second half.

At that stage the game was still somewhat in the balance with the score 16-6 to the Cowboys, the visitors crossing three times in the first half and starting the second period the stronger of the teams.

With 12-on-12, that sustained pressure was turned into points as speedy winger Michael Carroll crossed to blow the lead out to more than two converted tries.

Centre Cody Maughan followed suit soon after and a comfortable NQ victory looked in the offing. Gilbert: I can't thank the fans enough for their support