Proud North Queensland Toyota Cowboys coach Paul Green says his hard-working players are up for the challenge of qualifying for a seventh straight finals series as the side looks to arrest a four-game slide.

The team has dropped matches against the Roosters, Storm, Panthers and Sharks this past month to leave them stranded on 28 competition points and teetering on the edge of the eight.

Normally, 28 points would guarantee a team entry into the National Rugby League finals series, but vagaries of this year’s results mean that 30 or even 32 will likely be the cut-off.

That means the Cowboys need to win their remaining two regular-season games to be guaranteed September footy, with one from two possibly throwing them at the mercy of other results.

That will start on Friday night with a Round 25 showdown against Wests Tigers at Campbelltown Stadium.

And with destiny still in their own hands, Green is confident his injury-hit roster is up to the challenge. “It’s still up to us. If we keep playing well, keep competing the way we have and just start executing a bit better, I’m sure the results will start coming our way.”

Green praised his team for continuing to keep collective spirits high despite the rash of losses and injuries, the fourth-year mentor buoyed by the high morale and positive attitude of his charges.

“I’ve been really proud with the way they’ve played. They’ve competed hard and they haven’t stopped competing for 80 minutes even though they’ve been given plenty of reasons to just roll over. But they’ve refused to do that.

“We’re sitting seventh at the moment, but we’ve got plans to go deep into the finals and everyone needs to have that attitude right across the club, and I think everyone has.” Green hopefully welcomes back up to four players this week, with Antonio Winterstein (hamstring), Shaun Fensom (knee), Gavin Cooper (calf) and Lachlan Coote (foot) all named in the 21-man squad and all hoping to be passed fit to play.

Green will take a 19-man squad to Sydney as extra cover in case one or more of the recovering players wakes up no good on game day.

In a bit of a boost for the club, John Asiata’s elbow injury sustained against the Sharks in Round 24 isn’t as serious as first feared and he’ll take his place in the team to play the Tigers, coming off the bench.

Also, teenage flyer Kalyn Ponga (shoulder) won’t need surgery after hurting the joint, and he will likely only be one for one or two matches.

After enduring a tough year, Ivan Cleary’s men will look to finish a disappointing 2017 campaign on a high, and will be buoyed by a raucous home crowd. 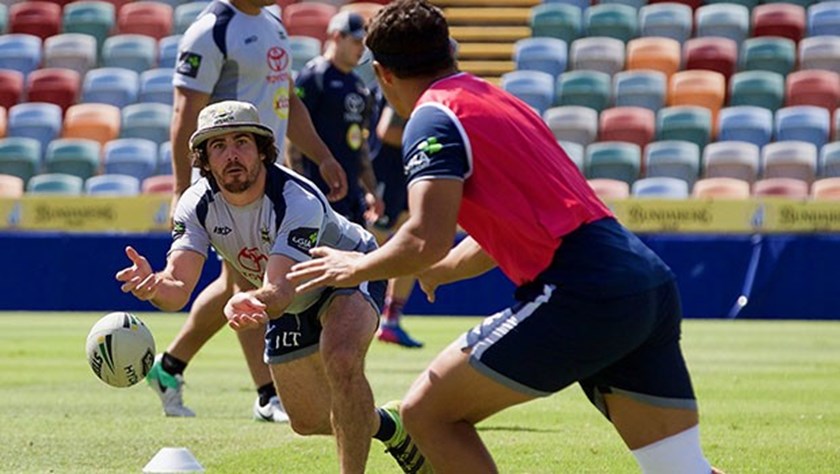