The North Queensland Toyota Cowboys under-20s juggernaut continues to roll on towards the National Youth Competition finals with a thumping 50-6 win over the Melbourne Storm tonight.

Aaron Payne’s team have notched a third-straight win, with each victory seeing the NQ boys post 30 points or more.

Tonight, a pumped-up Cowboys team piled on eight tries to one against the 12th-placed Storm, the hosts building on a 22-0 half-time lead to race away with the contest in the second. 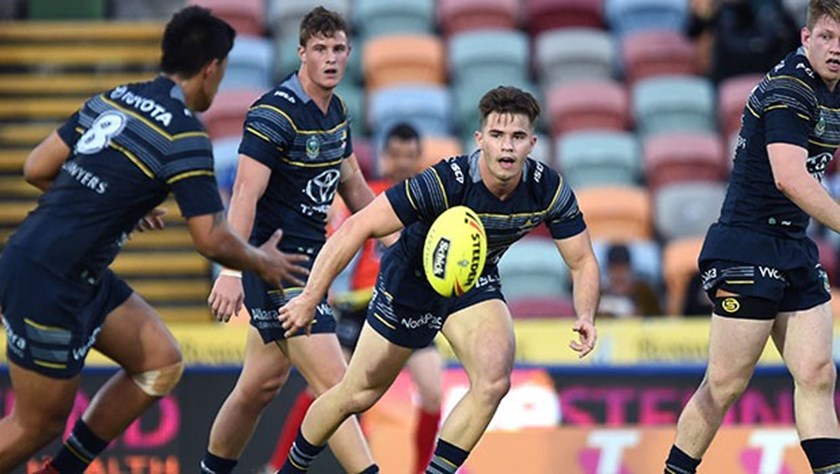 In fact, all of the Cowboys’ classy back-five scored tries, with Carroll’s wing partner Murray Taulagi posting a double.

The team now has 12 wins from 20 games and sit fourth on the NYC ladder, one win shy of the Dragons, who lost to the Rabbitohs earlier today.

Their next opponent is the second-paced Panthers, whom the Cowboys edged 24-18 in June.