Townsville's 1300SMILES Stadium will be a smorgasbord of rugby league today as the best of the region’s schoolboys teams descend on the venue.

Prior to the National Youth Competition and NRL fixtures between the North Queensland Toyota Cowboys and the Melbourne Storm, the Cowboys will host finals of two schoolboys comps named in honour of the club and one of its revered servants.

Townsville’s Kirwan State High School and Mackay’s Mercy College will contest the final of the Under-15 Cowboys Challenge from 2.45pm, ahead of a showdown between Ignatius Park College and Rockhampton’s The Cathedral College (TCC) in the decider of the Aaron Payne Cup, whose namesake is Cowboys Life Member No.4 and current club under-20s coach.

Cowboys game development manager Liam Bartlett – who oversees both competitions – said the Aaron Payne Cup final promised to be a hard-fought affair, with the teams coming through rugged semi-finals.

“We run the competition with eight schools – from Townsville, Rockhampton, Mackay, Yeppoon and the Herbert River region – playing each other in a round-robin format over several months,” Bartlett said.

“Then the top four schools contested semi-finals, with Iggy Park and TCC prevailing in their matches.”

Ignatius Park edged Mackay’s St Patrick’s in their semi-final, the 25-24 result coming down to a field goal in the second period of golden-point extra-time.

TCC had a similarly tight match against Kirwan, winning 28-22.

Bartlett said both school teams included players who were part of the Cowboys’ system as scholarship holders.

The tournament is used as vital preparation for upcoming state and national schoolboys tournaments for the top teams. 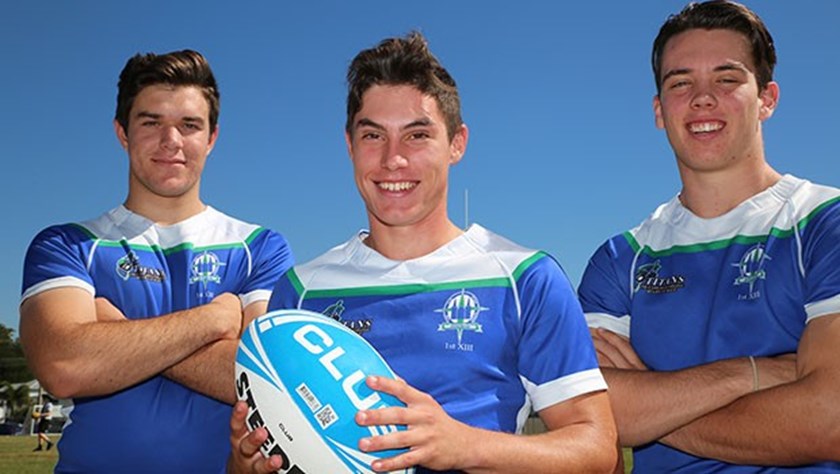 Regardless of the results of the final of the Aaron Payne Cup, Iggy Park and TCC will be part of the next phase of the GIO schoolboys tournament where they will take on the best school teams in the state's south.

Bartlett urged Cowboys members and fans to get to the ground early to witness future rugby league stars do battle at the Cowboys’ spiritual heartland.

“I know for a fact that the Mercy College under-15 boys all cheered when it was announced that they would be playing at 1300SMILES Stadium,” Bartlett said.

“The Cowboys are so proud to be associated with both competitions and there’ll be some exciting footy on show today.”

Gilbert: There's a good opportunity for me on that edge