A milestone game for the head coach and the enticing carrot of a top-two ladder position deep into the season are the intriguing touchstones ahead of Saturday night’s Round 21 NRL blockbuster between the North Queensland Toyota Cowboys and hosts Sydney Roosters at Allianz Stadium.

With coach Paul Green to mark his 100th game at the club, the Cowboys are primed for a big showing, searching for a fifth win on the trot and facing one of the NRL’s true heavyweight teams in 2017. The fifth-placed Cowboys (12 wins, six losses) come up against the second-placed Roosters (13 wins, five losses), but only two competition points separate the sides, as the Cowboys are the third of three sides on 28 points by virtue of an inferior for-and-against record.

But the differentials between third-placed Brisbane (+98), fourth-placed Cronulla (+79) and North Queensland (+68) is not large, while the Roosters (+77) are only slightly ahead of the Cowboys, but two competition points the better.

All this means that a good Cowboys win on Saturday – coupled with the Eels and the Warriors upsetting the Broncos and the Sharks respectively – would see the Cowboys shoot from fifth to second in one fell swoop.

Despite a horror injury run earlier in the season, the Cowboys are now a settled unit given that the week-to-week uncertainty over whether talismanic on-field leader Johnathan Thurston would play is now a distant memory.

With Thurston – along with fellow co-captain Matt Scott – not playing rugby league again in 2017, Green now looks to new halves pairing Michael Morgan and Te Maire Martin to steer the good ship Cowboys through the treacherous waters of the late rounds and towards the finals series.

The Cowboys' regular back-five are all from the 2015 premiership-winning team, while in the forwards, Scott Bolton, Jason Taumalolo, Gavin Cooper, Ethan Lowe and John Asiata are the mainstays of a group that includes new recruits Shaun Fensom and Corey Jensen, alongside boom youngster Coen Hess.

The Cowboys have used 28 players so far in 2017 as their depth across all positions has been tested at various times throughout the season.

But the side’s great strength has been its ability to adapt to changed circumstances, with defensive steel the cornerstone of their last two months of footy, where the only loss has been a 23-22 golden point extra-time result against the Melbourne Storm. 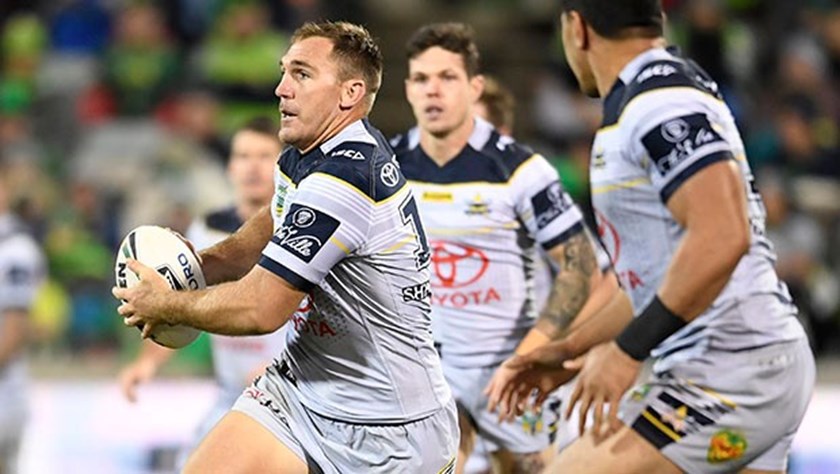 Not without their own injury worries, the Roosters will be without inspirational forwards leader Boyd Cordner, classy fullback Michael Gordon and scheming hooker Jake Friend.

But Trent Robinson’s team does possess plenty of strike, especially out wide as devastating attacking weapons including Blake Ferguson, Latrell Mitchell and Daniel Tupou will be keen to test the Cowboys much-vaunted defence, which has conceded the least amount of points of any team in the competition.

The right edge: Cowboys right-edge buddies Justin O’Neill and Kyle Feldt have the unenviable task of marking Roosters pairing Latrell Mitchell and Daniel Tupou. With 18 tries between them in 2017 to date, Mitchell and Tupou are genuine attacking threats and their Cowboys opposites will have to be on their guard. By the same token, Feldt and O’Neill are class acts and have made great strides defensively in the past six-to-eight weeks. The pair can also prove a handful for defenders, especially on the end of the Cowboys' well-shaped backline movements.

Lowe v Aubusson: Roosters co-captain Mitchell Aubusson is a tri-colours stalwart and is as no-nonsense as he is consistent. Similarly hard-working, Cowboys edge forward Lowe excels in the hard graft and will put in a lion-hearted 80-minute performance. Lowe scored his first try of the year last weekend and will be full of confidence after the team’s rock-solid form from the past few months. 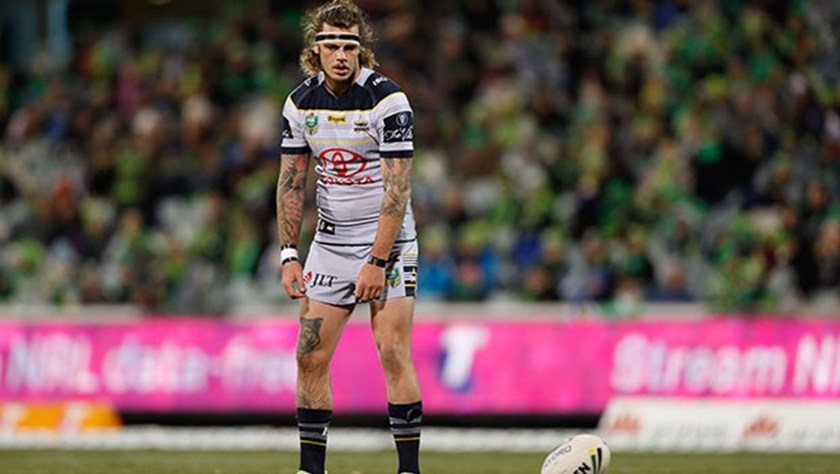 Saturday’s clash could well be the match of the round with two in-form teams full of confidence with plenty on the line.