The North Queensland Toyota Cowboys Under-20s have put an exclamation mark on their return to the National Youth Competition winner’s circle with a devastating 70-10 defeat of the New Zealand Warriors in Townsville tonight.

Having lost their past two games, Aaron Payne’s young men had every reason to fire tonight against a team sitting at the foot of the NYC ladder with just three wins from 17 games.

And fire they did, piling on 12 tries to two in a completely dominant display across the park, with cool-headed halfback Jake Clifford potting 11 goals from 12 attempts. The Warriors were well in the game for most of the first half, and trailed just 12-6 after 20 minutes.

But tries to strike centre Enari Tuala and his wing partner Michael Carroll blew the lead out to 22-6 at half time, the break proving the calm before the storm.

The young Cowboys were ruthless in the second half – scoring on close to every set for one 10-minute period – to race in eight second-half tries for their 10th win of the year.

Carroll went on to post a hat-trick, while Tuala was one of four players to score doubles, the others being Ryan Lloyd, Kurt Wiltshire and Cody Maughan. 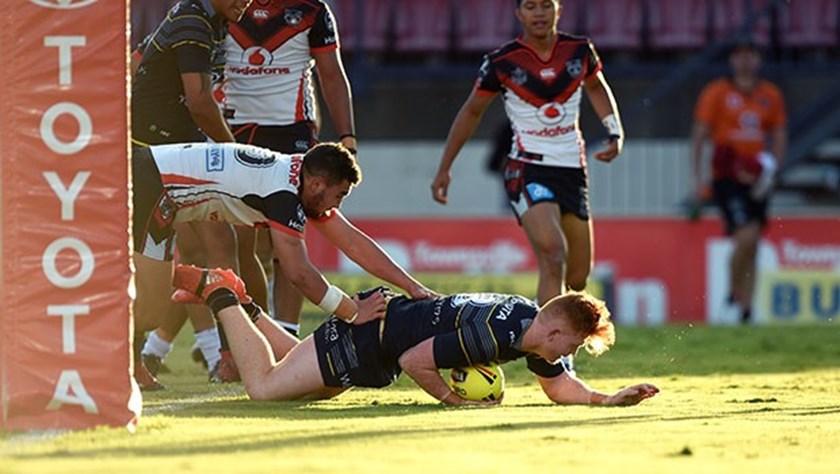