After moving across the globe to pursue his career in the sugar industry, Minnesota (USA) local Kevin Heazlett quickly fell in love with a different brand of rugby and his new home team - the North Queensland Toyota Cowboys!

Happily living and working in Mackay since 2013, Kevin and his wife Kim were excited to watch rugby league, having grown up passionately following rugby union in the States.

“Growing up in the USA, rugby was primarily union so I was a rugby union fan, [but] we quickly became fans of rugby league,” Kevin said.

“Both of our children, Dominic (20) and Jessica (18) [now back in USA at university] grew up playing rugby union but now follow league from across the pond, especially the last few weeks during State of Origin.”

“Rugby is truly different to any other sport out there. You can be from anywhere in the world and if you meet a fellow rugby player or fan, you are instantly connected and have a bond.”

Joining as Blockbuster members earlier this year, the Heazlett’s wanted to be part of the Cowboys community and show their support for their home team.

“The best part about being a member of the Cowboys community is the camaraderie that all fans show to each other.”

“It’s the strong sense of pride and inclusion and making new friends during each and every game we’ve attended.”

“I appreciate that after the final whistle, both teams shake hands, leaving all the hard hits and issues on the field, and become brothers who love their sport and take pride in what they do together.” 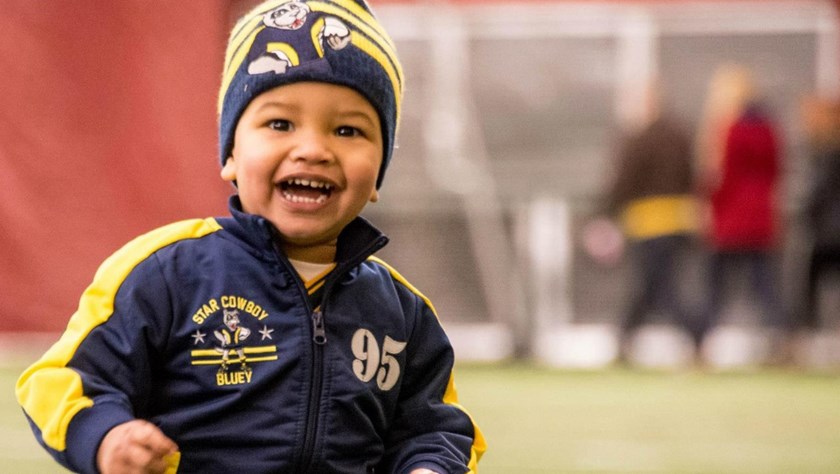 Kevin makes sure his American family are part of the Cowboys community by sending branded apparel to his rugby union-mad sister Megan and his 4yo nephew, Donovan.