A last minute call-up to the new-look Cowboys Push-Up Boys was too good to refuse for Daniel ‘Stricko’ Strickland, the ex-North Queensland Toyota Cowboys player joining the flamboyant quartet for last weekend’s home game against the Panthers.

With a slower start to the game, the Push-Up Boys were left waiting eagerly on the sidelines but a strong run home for the win kept Dan very busy!

“We had a very quiet first half and I was a little worried I might not get to do any [push-ups] but the boys rattled home with a terrific win and if my calculations are correct we accumulated 44 all up!” he said.

“It was a bit of a last minute call from one of the other boys I know who does it regularly. He gave me a buzz and asked if I was keen and I was a bit iffy, but my kids got me over the line with how excited they were for me to do the job.”

The Cowboys Push-Up Boys are part of the on-field action at 1300SMILES Stadium each home game, matching the team's points from tries scored with the same number of push-ups on the sideline. 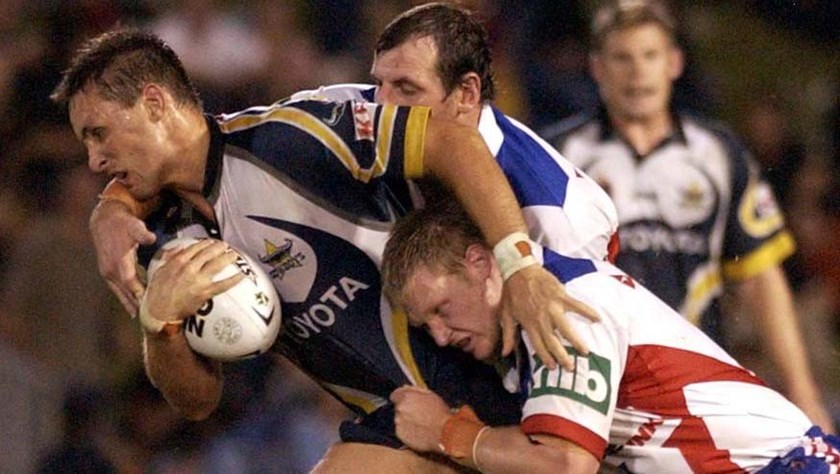 The father of three played 67 first grade games for the Cowboys between 2000 and 2006, so being back on the field was a real thrill for Cowboy #122.

“It was absolutely awesome being so close to the action and I love any chance to do anything for the place that gave me so much.”

Dan believes it’s important to contribute back to the game (post-career), staying heavily involved in the rugby league community in a number of roles, including as the inaugural strength and conditioning coach for the Townsville Blackhawks.

“I worked for the club [Cowboys], and local A-grade teams and I currently have the amazing opportunity to coach my son and his mates in the Under 11s," he said.

“One thing I never get sick of is footy people, they are just great fun to be around and the bonds you make are long-lasting.”

Dan says his time with the club helped him find his calling as a fitness professional.

“It was on the training paddock and in the gym that I was able to take the most out of and shape what I do now … I was always a far better trainer than I was a player!” 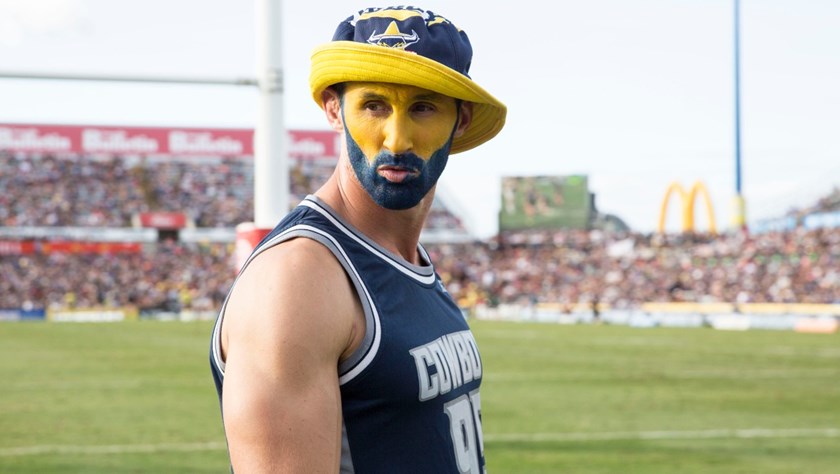 Dan hasn’t ruled out making another appearance as a Push-Up Boy, saying he would happily don the war paint again if required.

Thanks, Stricko – it was great to see you back on the field!