North Queensland Toyota Cowboys co-captain Johnathan Thurston has recovered from his most recent training session well, but coach Paul Green is eager to make a decision as soon as possible on whether or not he plays to give likely-debutant Kyle Laybutt ample time to prepare for his first NRL game.

The inclusion of Thurston would see the Cowboys return to full strength, minus Matt Scott who will be out for the remainder of the year with an ACL injury. It would be the first time North Queensland's first-choice spine has played together since their Round 2 victory over the Brisbane Broncos, when Lachlan Coote was injured.

"If he wasn't any chance of playing we probably wouldn't have taken him [to Darwin]. In saying that it doesn't mean he's going to play either, there's still a fair few things to do with respect to the shoulder," Green said.

"He got through our last training session pretty well, probably better than I expected and has pulled up alright… I'd like to decide before [the captain's run] I think, if Kyle is going to play, to be fair it's his debut so he needs to have a really good prep."

If Thurston does not prove himself fit Laybutt has the full support of his teammates who are confident in the rookie's skills, especially his tackling. Laybutt has trained with the Cowboys throughout the year, allowing him to slot into the team with minimal disruption to North Queensland's game plan.

"I think he'll be fine, he looks a bit taller and skinnier than most people but he can be physical, he's a lot stronger than he looks, he's a good defender," Morgan said.

"Defensively is where people are always challenged early in their careers and he's a very good defender and he's more than capable of defending the frontline. He's been doing a great job for the Townsville Blackhawks the last couple of years and I have full confidence in him."

Laybutt has circled the NRL arena for some time and his proximity to the team will hopefully alleviate some of the nerves before running out onto the field.

"He'll be excited… it's a great moment for him in his career and for his family. As teammates you want to make it a memorable night for him, that's what's most important to us as his teammates and that's what we'll be trying to do," Morgan said. 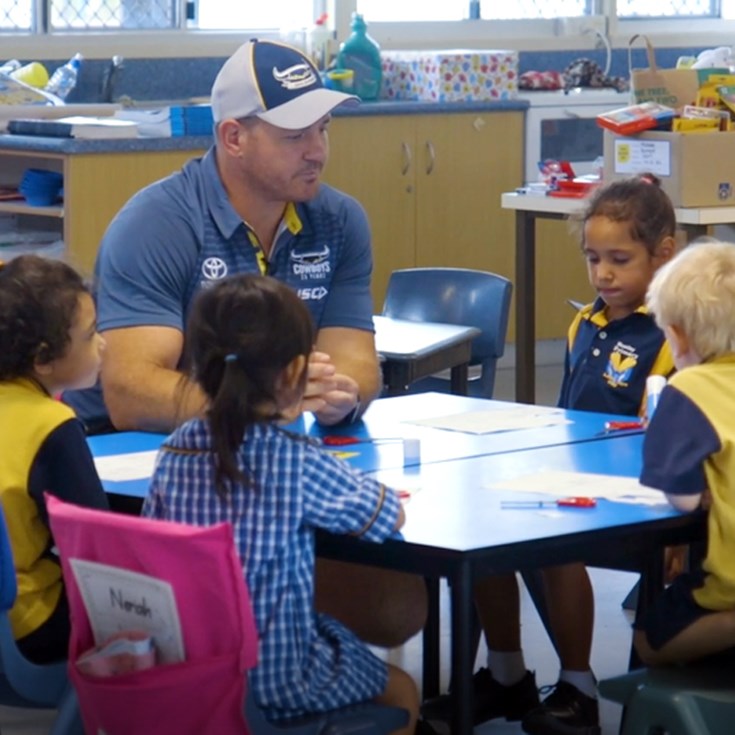 Gentle giant back by demand

Tangata-Toa: We have picked our strongest available side

Sponsored By BMD 3 hours ago

Get the full game day experience!

Sponsored By The Ville 6 hours ago