It wasn’t in their original training plan but all hail the eight-day turnaround that has allowed the North Queensland Toyota Cowboys to have an extra day off as back-to-back extra-time matches and injuries test the squad's collective energy reserves.

As the team prepares for Saturday’s Round 3 clash with the Manly Sea Eagles at 1300SMILES Stadium, five-eighth Michael Morgan said the players were grateful for the extra rest day.

“We just finished our main session for the week and we just did review on Monday, and Thursday will be our regular day off, so after those two big matches (versus Canberra and Brisbane) in consecutive weeks, it was good to be able to have a bit more recovery time,” Morgan said on Wednesday.

“Recovery in this situation is really important, and with that eight-day turnaround, we were able to have that extra time off without missing any sessions.”

Scott will be out of action for a substantial period after rupturing his anterior cruciate ligament, Winterstein broke his arm and will be sidelined for several weeks, while Coote faces two to three weeks out after suffering a low-grade calf tear.

Added to the injury toll is a fourth absence as lock Jason Taumalolo serves a two-match suspension for a shoulder charge on Bronco Alex Glenn last Friday night.

Taumalolo was found guilty of the offence at the NRL Judiciary on Tuesday night after initially pleading not guilty.

Scott also appeared at the judiciary that night – also defending a shoulder charge – and was successful, keeping his clean record over a 13-year career intact.

And while Morgan admitted playing without Taumalolo and Scott this weekend would "be different", he said their absence opened up doors for a slew of young forwards pressing claims for first-grade spots.

“Thumper and Jase have practically played in every game, except for rep duties, for the past couple of years, so having both of them out at the same time will be unusual but it’s an opportunity for others to come in,” Morgan said.

“Players always talk about taking their opportunity when selected in an NRL side, so this will be their chance.”

The latter three players are vying for two positions with head coach Paul Green to make a final decision on the makeup of his forward rotation closer to the match.

Saturday’s game at 1300SMILES Stadium kicks off at 8pm. 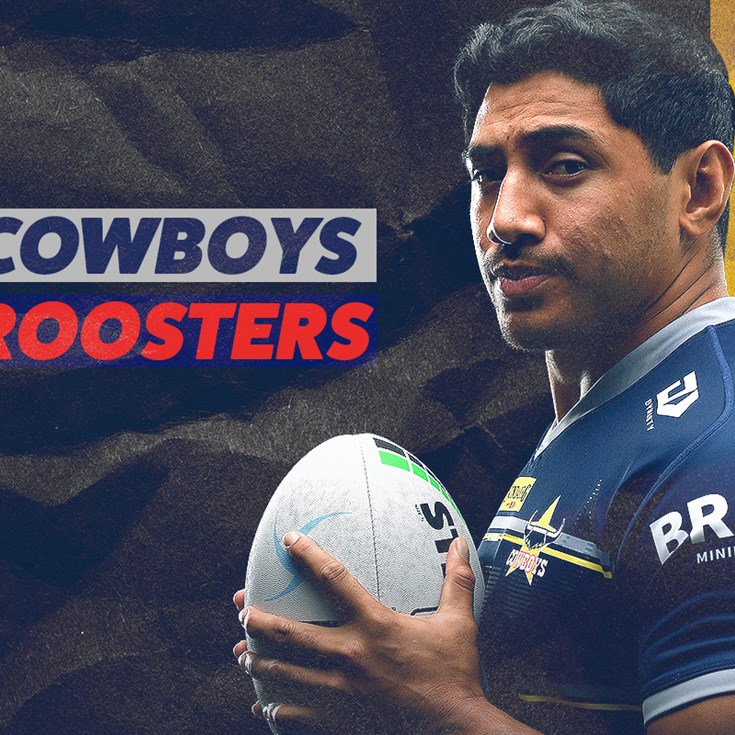 Payten on Holmes, Clifford and the team's identity