The 2017 North Queensland Toyota Cowboys NRL squad is 32 players strong with 26 players from the 2016 squad returning.

With pre-season training kicking off on Wednesday week, we take a look at your 2017 Cowboys squad.

True to the club’s focus on retention over recruitment, the Cowboys have retained the bulk of their 2015 and 2016 squads, with 15 of the 17 players who contested the 2015 NRL grand final part of the 2017 squad.

Retention in 2016 for the 2017 season and beyond was a high priority for the club with a number of players extending their time in NQ. 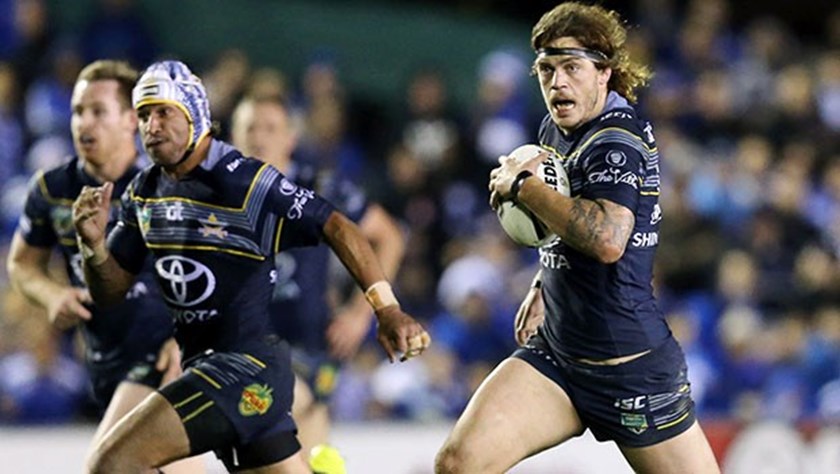 Despite having played nine NRL games over the past two seasons, back-row talent Coen Hess officially moves into the NRL squad from the club’s National Youth Competition set-up.

Hess will be joined in the 32-man outfit by his former under-20s Cowboys teammates Gideon Gela-Mosby and Marcus Jensen, the leading NYC try-scorers for the past two seasons.

Teenage flyer Kalyn Ponga remains in the NRL squad despite still being eligible for NYC duty. Continuing their pathways program with Intrust Super Cup feeder teams Townsville Blackhawks, Mackay Cutters and Northern Pride, the Cowboys will also invite a player from each feeder club to train with the squad over the pre-season.

Current Cowboys squad member Patrick Mago earned a contract last year after spending the 2016 pre-season training with the club, the young back-rower playing with the Cutters in 2016.

The club has recruited three new players into its main squad for the 2017 season.

Ben Hampton: The 24-year-old utility arrived at the Cowboys last month to take up a three-year deal with the club. He had previously spent the past four seasons playing for the Melbourne Storm, racking up 35 appearances, including a spot in the final 17 for the 2016 NRL grand final against the Cronullla Sharks. In his 2016 NRL campaign, he played 19 games, averaging 40 running metres and 10 tackles, while scoring one try and setting up three. The 179cm, 84kg fullback/halve/hooker is a Mareeba product and returns home to North Queensland after a lengthy stint south.

Corey Jensen: Former NYC Cowboys player Corey Jensen has earned a return to the club after two seasons with the Townsville Blackhawks. In 2016, Bowen product Jensen made 25 appearances for the club, averaging 143m and 25 tackles per match. A hard-working forward, Jensen, 22, has signed a one-year deal with the club.