The North Queensland Toyota Cowboys will advance to week three of the National Youth Competition finals after defeating the Wests Tigers 32-16 at 1300SMILES Stadium tonight.

After being well beaten by the Tigers in Round 22, the Cowboys enacted sweet revenge on the Sydney-siders to advance to a preliminary final showdown with minor premiers Penrith in Sydney next Friday.

After losing in golden point to the Dragons in week one, it was a do-or-die game for the Cowboys.

There were questions early on over the Cowboys’ attack, with star fullback Kalyn Ponga making his NRL debut, forcing Nathan Traill into the position.

The home side opened strongly, with Enari Tuala scoring a double in the opening 15 minutes, both tries almost identical as the centre powered over the line on the right side.

Halfback Cooper Bambling missed both conversions and 10 minutes later, the Tigers had taken the lead with two tries of their own and one conversion. 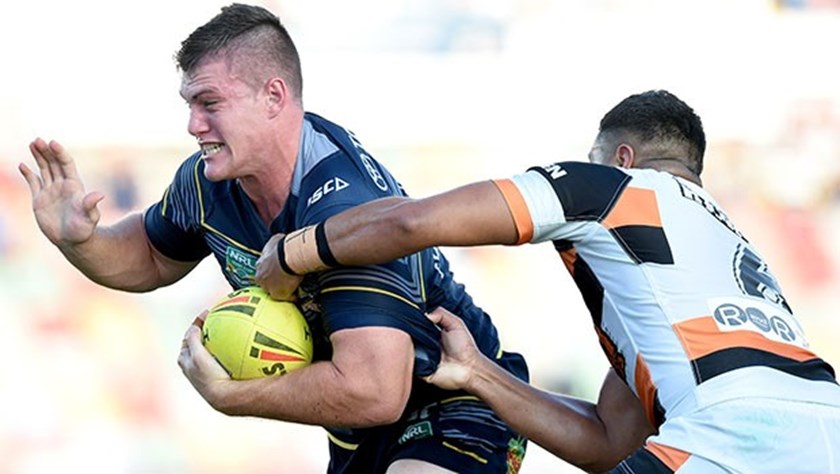 The Cowboys finished the half strongly, with lock Tahanui Tutavake barging over, and Tuala bringing up his hat-trick.

Despite leading 20-10 at half time, the second stanza was going all the Tigers' way for the first 20 minutes.

Despite the flow of possession, they only managed to put one try on the struggling Cowboys, and the scorer, halfback Daniel Roberts, went off injured shortly afterwards.

The Cowboys soon found their groove, as Gideon Gela-Mosby dived over in the corner with 15 minutes left to play.

The highlight of the game came with less than 10 minutes to go, as second rower Ross Bella intercepted a no-look Tigers pass to run 70m while beating three defenders to score. 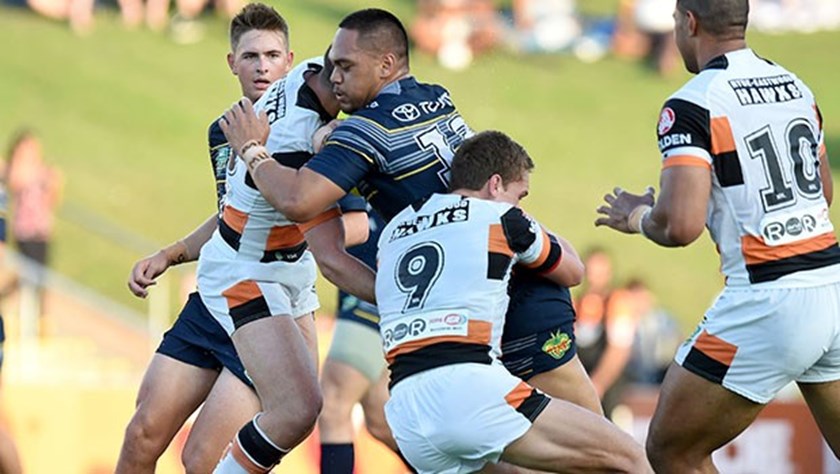