Chudleigh, a former Cowboys under-20s Player of the Year, has been part of the Cowboys NRL squad since the 2015 season and made his NRL debut against the Raiders in Round 18 this year.

The hard-working hooker has been playing for Cowboys feeder team the Mackay Cutters in the Intrust Super Cup and was named 2015 Cutters Player of the Year. 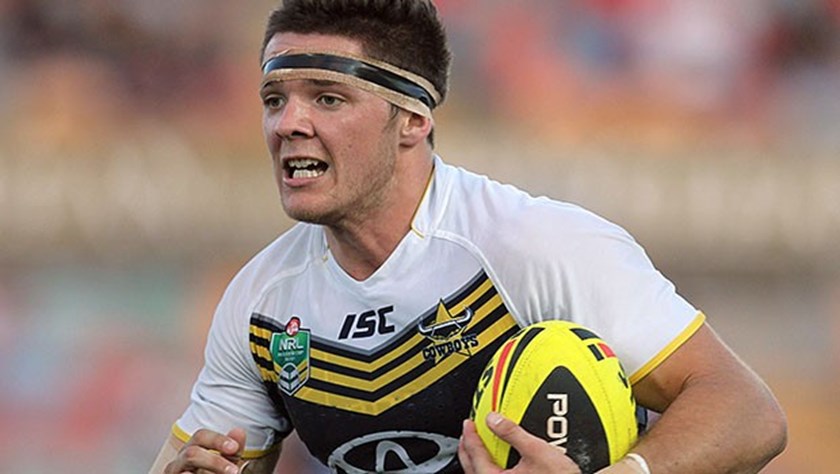 Prop/back-rower Corey Jensen – who has signed a one-year deal – was part of the Cowboys under-20s program until the end of the 2014 season, and has spent the past two seasons playing with the Townsville Blackhawks, and has been one of their leading players this year.

Winger Marcus Jensen joined the Cowboys under-20s program this year, the Kingaroy product impressing Cowboys coaching staff with his speed and classy finishing on the edges.

The young flyer has signed a two-year deal with the club. Cowboys head coach Paul Green said the signings – coming on the back of the retention of pathways products Javid Bowen, Sam Hoare and Patrick Kaufusi – were further examples of the club’s development strategies at work.

“Josh has shown a tremendous work ethic during his tenure at the club to date, and his time from under-20s on to Intrust Super Cup has allowed him to continually improve to the point where he was impressive in his NRL debut,” Green said.

“For Corey, he has had a couple of seasons to hone his game in a very strong competition in which we placed great value, while Marcus has had a standout first season under Aaron Payne playing in the National Youth Competition.”

Taulagi: It was a good wake up call

Feldt on return; co-captaining pairing of Taumalolo and Townsend