North Queensland Toyota Cowboys captain Johnathan Thurston has revealed the 2017 Rugby League World Cup to be at the core of his long-term plan as he begins to draw the curtains on an illustrious playing career.

Thurston's availability for Australia's World Cup defence is his "main goal" for the next couple of years, with the reigning Golden Boot winner saying earlier this year that the 2018 NRL season would be his swansong.

It was originally thought that his current contract – which expires at the end of next year – would be his last, but he has since indicated his body had aged better than expected.

"That's my main goal to get me through the next couple of years."

While Australia and New Zealand are the two heavily favoured nations leading into the tournament next October, the standard of rugby league across the globe is growing year by year.

One of rugby league's genuine minnows not so long ago, Papua New Guinea earlier this year upset a strengthening Fijian side which made the semi-finals in the 2013 World Cup, while England now have legendary Broncos coach Wayne Bennett pulling the strings.

"The last World Cup was a very successful one overseas, and no doubt [next year] will be the best World Cup ever played in rugby league," proclaimed Thurston.

"The Kiwis have been playing outstanding footy the last few years and they've had our measure in a few games, and obviously with Wayne Bennett coaching the England side they will grow another leg and get the best out of their players.

"It's great that we're growing international rugby league. Obviously the Fijians are talented and PNG have a great team as well."

Hosting duties will be shared between Australia, New Zealand and PNG, but the 33-year-old was most excited about the involvement of Townsville and Cairns in hosting matches.

"The community would turn up to support anyone and that's been proven in the past.

"It's great that we can have [three] matches here in Townsville and [six] matches throughout northern Australia so we're very excited and thrilled, and no doubt the community will get behind it.

"I think they just love any sport in general – they certainly love rugby league – so they'll turn out in their droves and support either team." 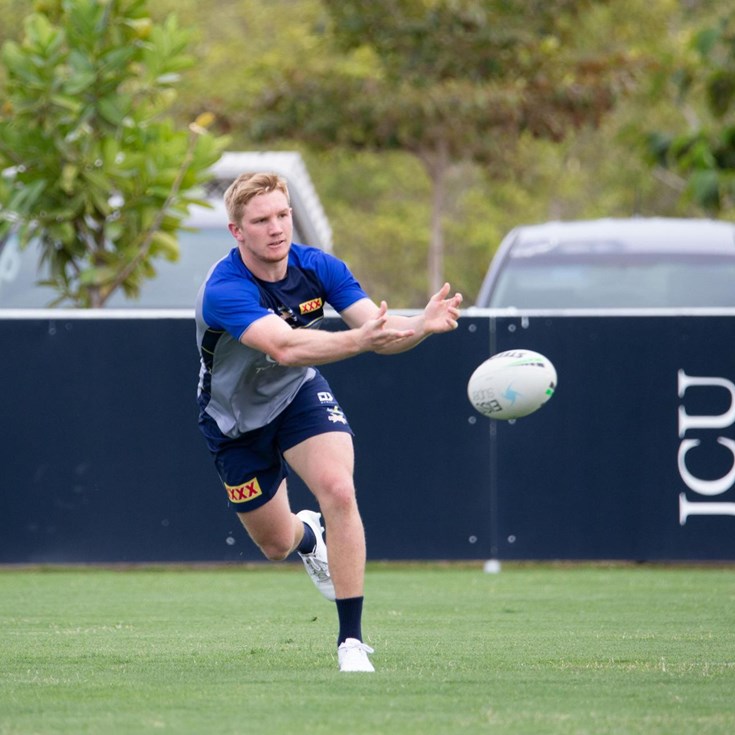