Young Baldwin brothers Rhys and Jordan have a whole new appreciation for going to school after their perfect attendance record earned them a VIP trip to meet their North Queensland Toyota Cowboys heroes!

Students at Western Cape College in Weipa, Rhys (8) and Jordan (6) both achieved a 100 per cent attendance record in term 2 as part of the Cowboys Try for 5! program.

As a reward, the Cowboys and partner Skytrans arranged flights to Cairns, accommodation, sightseeing and corporate box seats for the Cowboys v Rabbitohs game at Barlow Park earlier this month, with the boys accompanied by dad Chris.

They also went on a special trip to the team hotel where they met Johnathan Thurston and Cowboys community ambassador Matthew Bowen and joined in the pre-game activities with the team at Barlow Park. Running in nine primary schools across the state, Try for 5! uses the profile of rugby league and its sporting heroes to challenge students, classes and schools to compete with each other in attendance stakes.

Try for 5! program ambassador Bowen has been visiting schools across the north in recent months, congratulating winning classes and encouraging students in the attendance challenge.

“I’m sure that after Rhys and Jordan tell the story of their trip to their classmates, we’ll see further improvements in attendance rates across the whole school in term 3,” Bowen said.

“We’d also like to thank Skytrans for their support of the Try for 5! program and for making the Baldwin boys' trip to the game in Cairns possible.”

Try for 5! is a joint initiative of the North Queensland Toyota Cowboys, the Brisbane Broncos and the Department of Prime Minister and Cabinet. 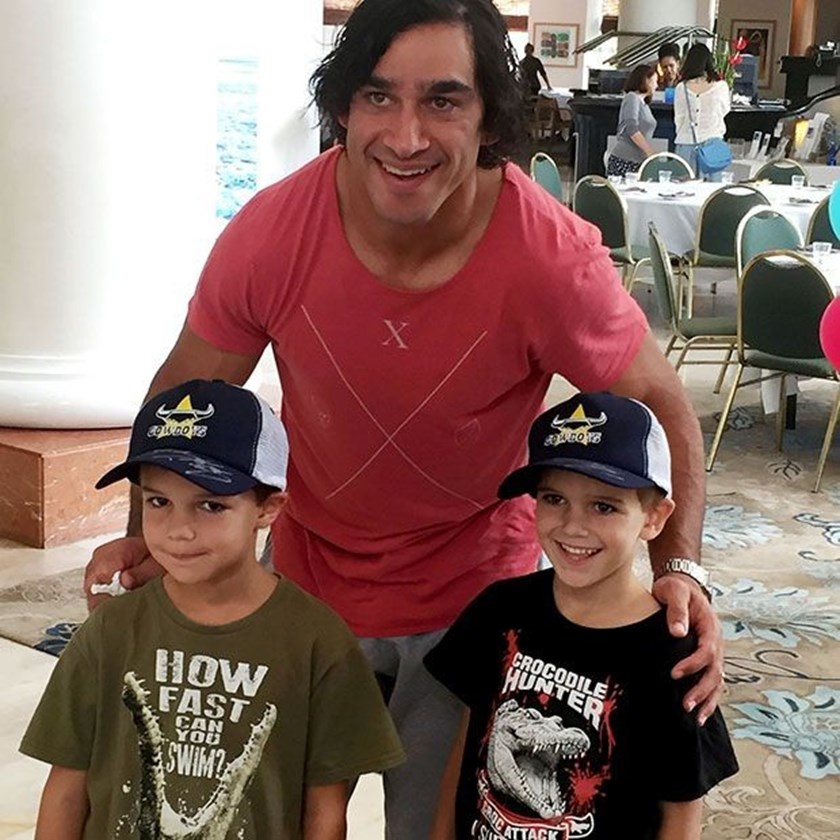