There has been one late change to head coach Paul Green’s North Queensland Toyota Cowboys team to host the Newcastle Knights at 1300SMILES Stadium tonight.

Patrick Kaufusi drops off an extended interchange bench, with John Asiata to move into the 17.

It will be Asiata’s ninth NRL match in 2016, while Kaufusi had played the past six matches in the top grade.

On Friday, Queensland State of Origin representative and regular five-eighth Michael Morgan was ruled out of the match under the NRL’s concussion protocols, with Ray Thompson coming into the side.

Co-captain Matt Scott will become the third-most capped Cowboy when he runs out for his 220th game, surpassing Aaron Payne (219) and trailing just fellow skipper Johnathan Thurston (250) and Matt Bowen (270). 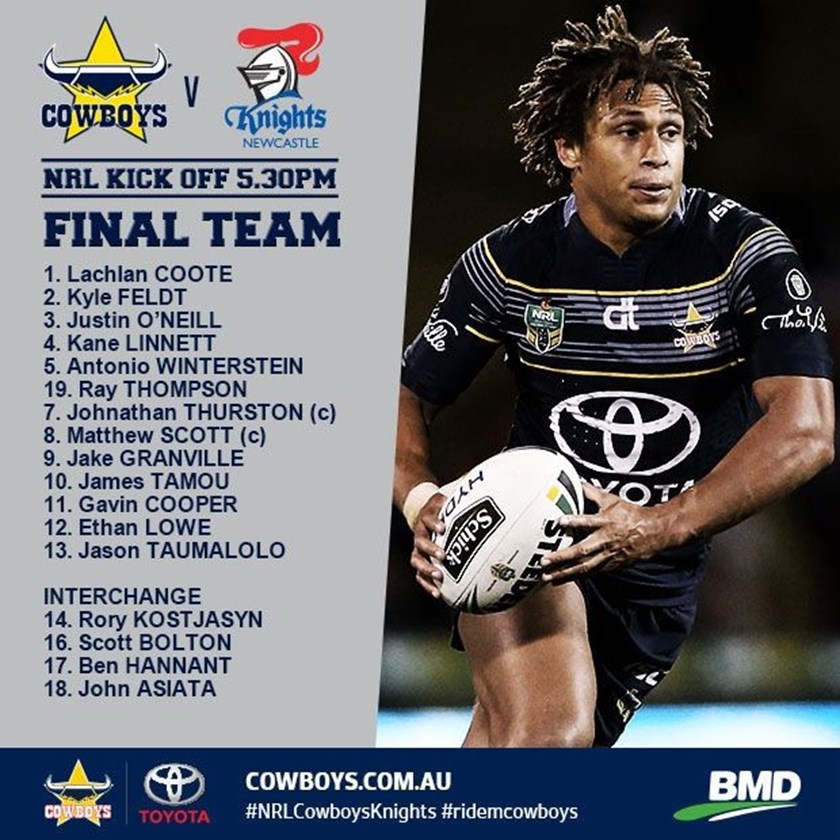