The North Queensland Toyota Cowboys under-20s have snatched an unlikely draw on the siren in a pulsating National Youth Competition match at WIN Stadium this afternoon.

The third-placed Cowboys drew 30-30 but led 14-0 after 25 minutes, only to trail 16-14 at the break and 30-20 with 10 minutes remaining as a slick Dragons outfit mastered the broken play and capitalised on the visitors’ ill discipline.

But late Cowboys tries to Trey Kemp and Nathan Traill – who crossed from a speculative Ty Carucci kick on the siren – locked the game up with captain Cooper Bambling given the chance to win the game with his boot, only to have the sideline conversion attempt hit the upright and produce the competition’s second drawn game of the 2016 season.

The Cowboys’ cause was hampered in the opening two minutes as fullback Kalyn Ponga was taken from the field with a shoulder injury after his first touch of the game.

The young flyer landed awkwardly in a tackle and took no further part in the game. 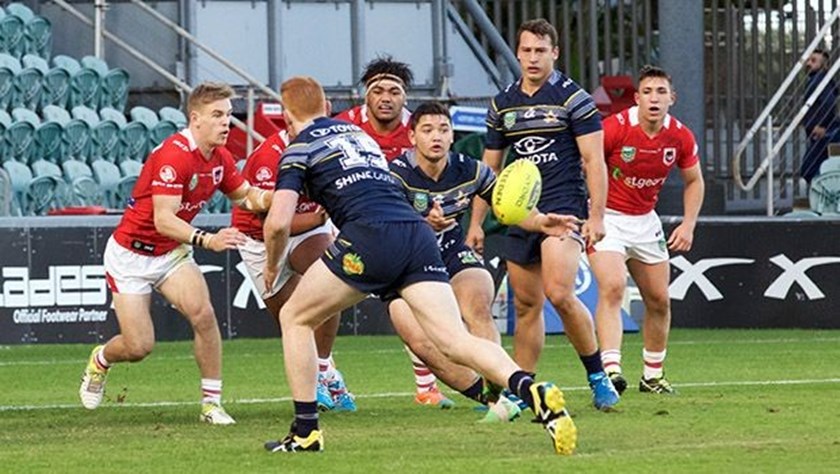