The North Queensland Toyota Cowboys’ National Youth Competition team are off to a sluggish start in their 2016 campaign with a 30-16 loss to a physical Cronulla Sharks outfit at 1300SMILES Stadium this afternoon.

Despite leading 16-6 at half time, the young Cowboys couldn’t finish off the game in the second stanza, with the plucky Sharks dominating field possession and ball control.

The Cowboys opened proceedings with a try to Gideon Gela-Mosby, the all-time single-season NYC try-scoring record-holder taking only five minutes to start scoring points in 2016.

Gela-Mosby crossed the line after scooping up a dropped ball from the Sharks, and Cody Grills’s conversion attempt was successful.

The Cowboys kept their momentum going, capitalising with another try out wide to Cooper Bambling, the halfback slicing inside to score the Cowboys’ second, and Grills successfully converting. The Sharks managed to rein in the Cowboys as the half progressed and the flow of tries ceased.

Two penalties and two repeat sets back-to-back allowed the visitors to cross through Jaimin Jolliffe in the 30th minute.

The conversion was successful to make the score 10-6 to the Cowboys.

After an error on the restart, the Cowboys capitalised with Cody Grills punching through the line close to the post, and converting his own try to make the score 16-6 at half time.

The Sharks hit back two minutes into the second half through Billy Magoulias, and Bessie Aufaga-Toomaga successfully converted the try to bring the score to 16-12.

Winger Sione Katoa crossed a few minutes later and the visitors took the lead after a successful conversion.

The Sharks kept coming and converted a repeat set into points with a strong run from Jaimin Jolliffe, bringing up the forward’s second try of the afternoon, and making the score 16-24 after a successful conversion.

The Sharks removed the possibility of a late comeback in the 76th minute with a try to Jayden McDonogh, and a successful conversion from fullback Ryan Cummins brought the final score to 30-16 for the Sharks. 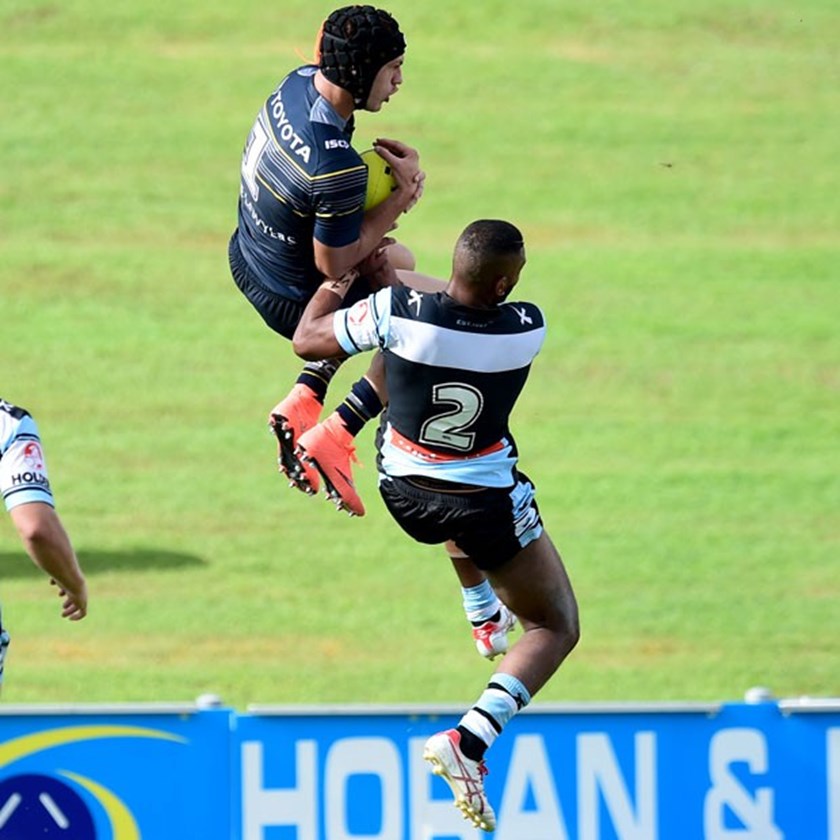 Hiku: We couldn't have done it without them

Robson: We kept turning up for each other in defence