The North Queensland Toyota Cowboys had the pleasure of receiving a special visitor on Monday – Foundation Member and die-hard Cowboys supporter Valerie Cann. At 87 years young, Val attends each Cowboys home game at 1300SMILES Stadium and was in the crowd at ANZ Stadium on Sunday 4 October when her team won its maiden premiership against the Brisbane Broncos. Daughter Bernadette describes Val as 'one of the best Cowboys supporters ever' and wrote to the club on what winning the NRL Telstra Premiership meant to her mum:

This season there was no one more excited when the Cowboys made the Grand Final than my mother. On the morning of the Grand Final mum was so excited. We all got ready early and took lots of photos of us all dressed up in our Cowboys gear and flags. Winning that game was one of the best experiences of my life, to see my mother so happy and excited was amazing. Mum was still smiling when she woke late the next morning and continues to be very proud to tell people she went to the game – she still has her JT hat.

Val and Bernadette toured Cowboys HQ on their visit this week, inspecting the training facilities, meeting some of their Cowboys heroes and relishing the opportunity to see the Provan-Summons trophy up close. 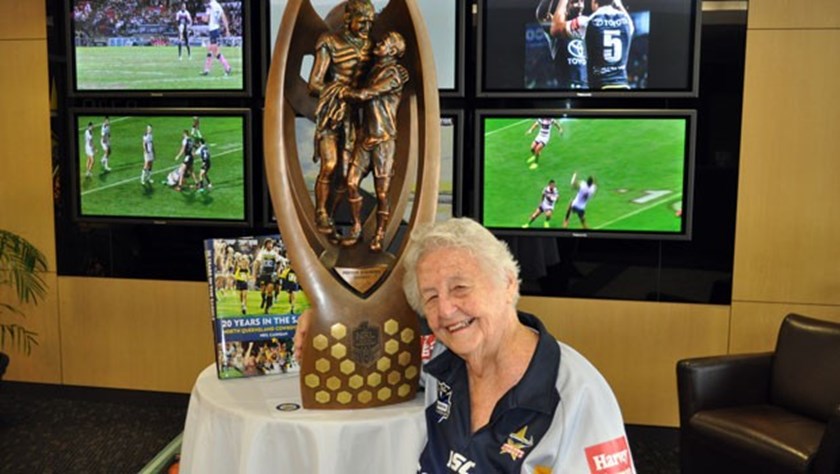