Teams representing 11 schools contested the one-day junior carnival, which is named in honor of former Cowboy Obe Geia Jr, the first Palm Islander to play in the National Rugby League. The challenge is a partnership between the Palm Island Community and the Cowboys with support from the Dreamtime Training, Evolution Mining, NRL, Sealink and Bun Lek Solutions.

The hosts were represented by Bwgcolman Community School and St Michael’s Catholic School, while Townsville schools made up the rest of the carnival line-up. These schools were:

Marian were named the eventual winners after a day of matches, the Townsville school defeating Kelso 20-4 in the final.

Each young footballer has earned the right to play in the carnival thanks to their regular attendance and positive behavior at school during the year and as part of their reward for their efforts each player received an Obe Geia junior Challenge 2015 T-shirt. 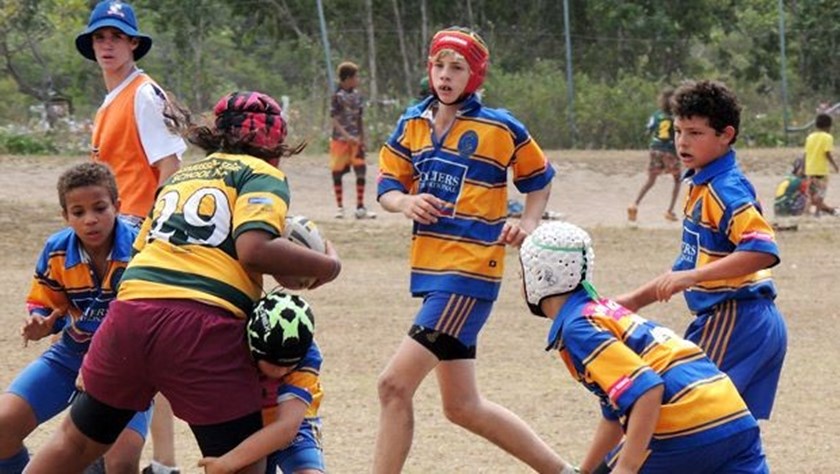 Ignatius Park College students travelled to the island to assist with refereeing and lending a hand running the day.

The day aimed to strengthen interschool relationships and promote sport, health and fitness. As well as giving participants the chance to play some footy, the carnival gives the local community an opportunity to showcase the Island and their culture.