The North Queensland Cowboys National Youth Competition side have finished their regular season in second placed overall following a 30-20 loss to the Gold Coast Titans at 1300SMILES Stadium.

With coach Todd Payten resting regular starters Kalyn Ponga, Kyle Laybutt, Coen Hess and Viliame Kikau, the Cowboys were always chasing the game, and with Penrith earlier defeating the Knights, the minor premiership was snatched from them at the death. Penrith finished the regular season an 44 points  with a 20-win, four-loss record, while the Cowboys were stranded on 43 and a 19 win, four-loss, one-draw record. 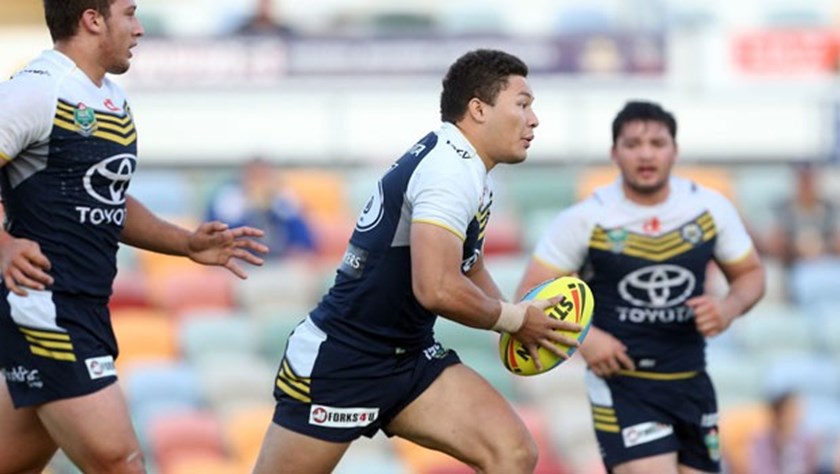 The Titans did the damage to the home side in the opening half, racing in five tries to two to lead 24-12 at the break.

The  Cowboys responded well in the opening exchanges of the second 40 with tries to Gideon Mosby – his 34th of the year – and Conor Carey to get back to 24-20, but a 70th-minute try to second-rower Shane Wright sealed the Cowboys’ fate, and snapping an impressive 13-game winning streak at the same time. The team will now turn its attention to next week’s major semi-final against the Broncos.

Presented By Evolution Mining 6 hours ago
03:16

Hess: Our forwards need to step up against Cronulla

Drinkwater: Our games compliment each other