Rugby League fans will be able to watch four live matches each week on free to air television from 2018 as part of a new broadcast rights agreement reached with the Nine Network today.

NRL CEO Dave Smith said Channel 9 has secured the rights to screen matches on Thursday, Friday and Saturday during prime time and on Sunday at 4 pm.

The deal, the biggest in Australian free to air television history, is worth up to $925 million and will take effect from 2018.

Mr Smith said the number of live games shown on free to air television would increase from two at present to four.

“So there will be more live and free Rugby League on television – and that is what the fans want,” Mr Smith said.

“And we still have simulcast rights, pay tv, New Zealand and international television rights to be negotiated.

“So the future of the game is in great shape.”

“This is a transformational outcome for supporters, Rugby League and Nine,” he said.

“It will enable views to see the best of the NRL, live and free, four days a week – anywhere and on any device.”

Mr Smith said that, as part of the agreement, the NRL would regain control of the season schedule – and deliver a better deal for the fans.

“We will be able to schedule the best games when fans want to see them – and ensure all clubs receive the coverage they deserve on free to air television,” he said.

Other highlights of the agreement include:

Mr Smith said the changes would mean less disruption to the Telstra Premiership with only one split round each year.

“In other words, we are preserving Origin as a marquee event of the year while minimising disruption to the Premiership,” he said.

“This will not only improve player welfare but it will be fairer for the clubs and fans.”

Mr Smith said that, while the initial focus had been on free to air rights, the NRL had already held extensive discussions with a number of operators involved in pay television and streaming rights.

“The digital media market is changing rapidly and it is our view that new and exciting opportunities will develop with Fox Sports and other providers,” he said.

“By 2018, the digital world will be very different and we want to be in the best possible position to take advantage of any changes.

“So negotiations with the pay tv and digital providers will continue and, again, our focus will be on ensuring the most widespread coverage on whatever platform fans choose to watch rugby league.” 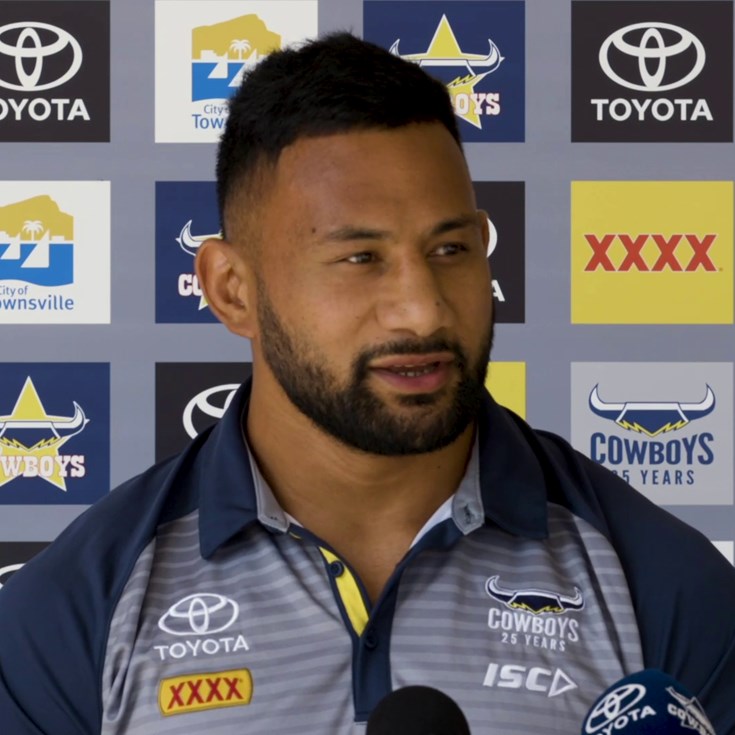 Molo on his decision to stay in North Queensland

Taumalolo: They definitely made the role easier

It's a credit to Emry's hard work: McLean

Pere on re-signing with the club, making his NRL debut