North Queensland Toyota Cowboys co-captain and two-time Paul Bowman medallist Matt Scott is set to join an elite club this weekend when he runs out for the Cowboys in the National Rugby League for the 200th time.

Scott, who turns 30 tomorrow, is expected to run out for his beloved Cowboys in Saturday’s Round 21 match against the Canberra Raiders at 1300SMILES Stadium.

After having made his NRL and Cowboys debut against the Eels in Round 19, 2004,  Scott has been a cornerstone of the club’s forward pack over 12 NRL seasons. He has scored 14 tries – including three this season – and from the Cowboys has played 19 games for Queensland in State of Origin and 16 Test matches for the Kangaroos. He was named the club’s Player of the Year in 2010 and 2013, as well as earning Players’ Player honours in those same years.

Scott, from Ilfracombe in Central Queensland, will be cheered on by family members and friends on Saturday, and will be honoured by the club prior to the match.

The passing of the 200 NRL-game milestone automatically makes him a Cowboys’ life member.

Saturday’s game against the Raiders kicks off at 5.30pm. 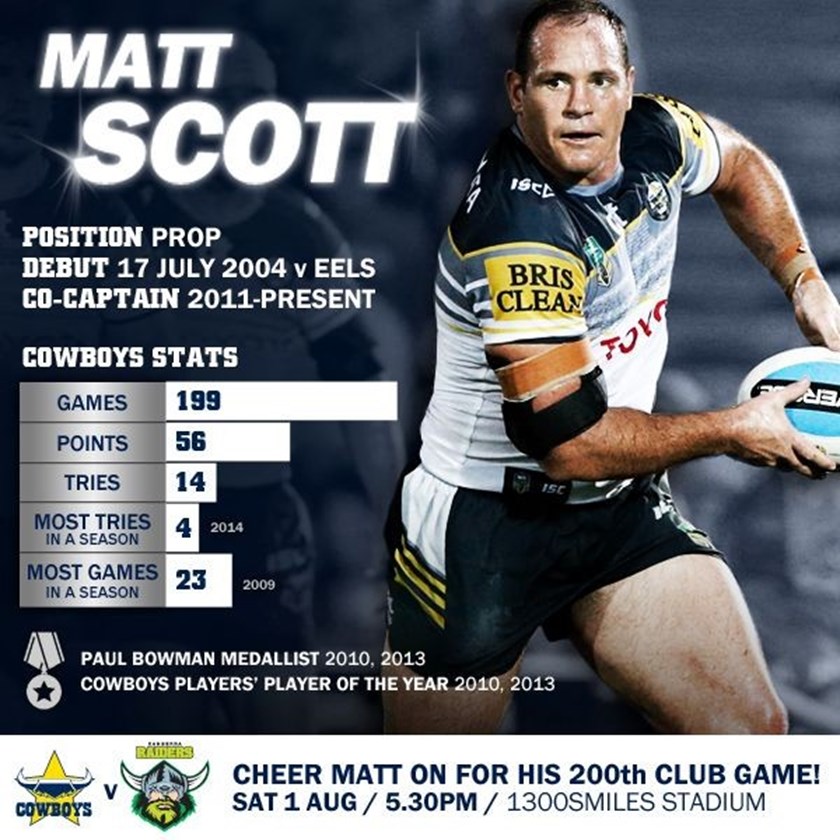