The North Queensland Toyota Cowboys have put in a late defensive effort to complete a stunning snatch-and-grab mission at Brookvale Oval with a 30-12 win over the Manly Sea Eagles.

Leading 20-6 at half time, the Cowboys conceded an early second-half try before Michael Morgan and Jake Granville sealed the win for the visitors as they notched up their 13th win from 17 matches in their 2015 NRL campaign.

After the match, head coach Paul Green praised his side’s late-game defence, pointing to their assertiveness in meeting the Manly attacking line with speed and aggression.

The victory, however, didn't come without injury concerns for North Queensland.

Co-captain Matt Scott left the field early in the second half with a knee complaint and is due to have scans this week to determine the extent of the injury.

Winger Matt Wright has a cut on his hand, with his injury also sustained in the second half. 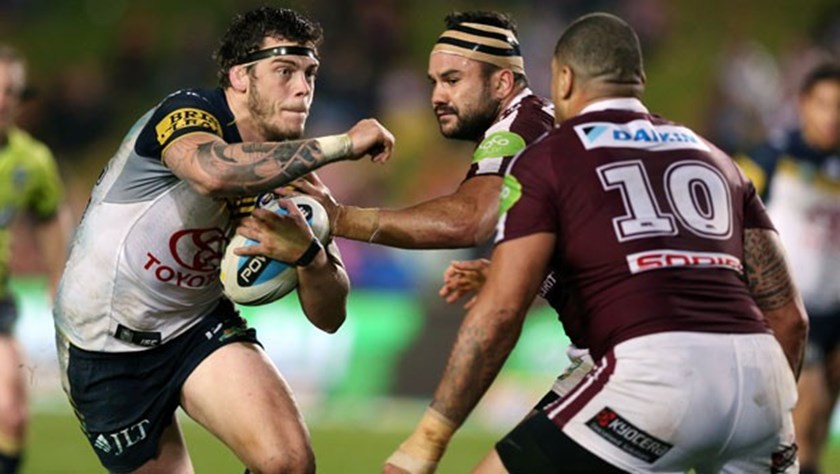 Playing his first club game in a month, halfback Johnathan Thurston revelled in his return to the blue and grey as he laid on a perfect crossfield kick for winger Antonio Winterstein to score out wide.

But that early good work was soon undone as a Cowboys error led directly to a Daly Cherry-Evans try and the game was back on an even keel.

The Cowboys’ attack continues to hum though, especially down the left attacking edge, and a perfect pass from a falling Lachlan Coote close to the line put centre Kane Linnett over in the 27th minute for a 14-6 lead, given that Johnathan Thurston kicked an earlier penalty.

The game was then blown wide open 11 minutes later as Winterstein scored his second two minutes from half time, beating Brett Stewart’s cover tackle attempt to cross out wide after the initial line break was made 70m out. Coming out in a strong position in the second half, the Cowboys got off to the worst possible start as a smart kick behind the line found Manly fullback Brett Stewart ready to pounce and reduce the lead to 20-12 with more than half an hour on the clock.

That’s when North Queensland’s team defence started to kick into gear and the visitors repelled wave after wave of Sea Eagles attack.

Returning to club duties after his successful inaugural State of Origin campaign for the Maroons, five-eighth Michael Morgan – playing pain-free after minor surgery on a troublesome ankle – showed trademark speed to slice through in the 58th minute.

Morgan was again on hand seven minutes later to send hooker Jake Granville over to complete the scoring as more tough defence saw the team home.

It will be Monday night footy again in Round 20 as the Cowboys host the Parramatta Eels at 1300SMILES Stadium. 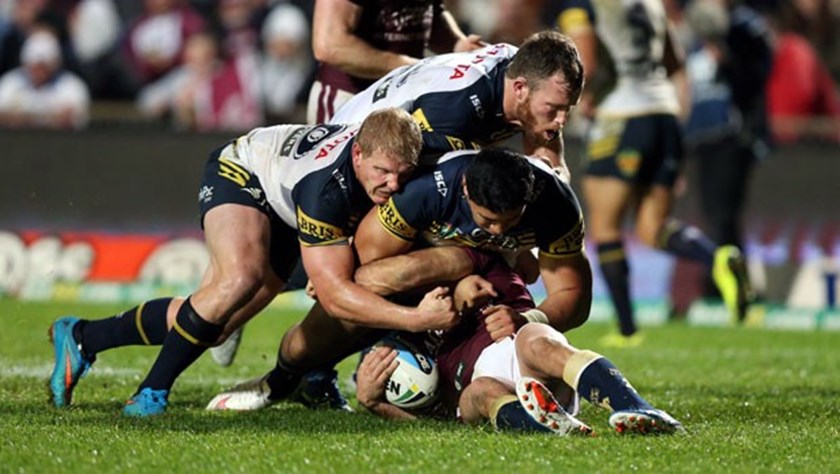