• For those at Saturday night’s home game between the North Queensland Toyota Cowboys and the Manly Sea Eagles, one of the most memorable performances of the night wasn’t on the field, it was in the visitors' coaching box during the NYC game. While this is a family show and we're not able to disclose what was said as our under-20s led from the outset, let's just say that what could be heard would have made a sailor’s hair curl. It was to no avail, though, as the Cowboys ran out 38-6 victors.

• During that game, and in his second match back from injury, Jason Taumalolo proved a constant handful for Manly’s defenders. The powerful lock made over 90m of his 200m running metres “after contact”, meaning that he was making ground for 90m while directly engaged by a defender or defenders.

• Great news that head coach Paul Green has re-signed with the club for another three seasons. It was all smiles out at Cowboys HQ on Wednesday as Greeny and chairman Laurence Lancini announced the good news. All smiles, but for one, with Greeny’s son Jed initially a little camera-shy when the time came for some photos with Dad. Jed, 2, wasn’t too keen to leave mum Amanda’s side, but eventually came around to share the spotlight with his old man.

• The Cowboys celebrated their Women in League game last Saturday with several events, including three under-14 girls matches involving teams from Townsville, Cairns and Mackay. Cowboys game development manager Liam Bartlett was one of the organisers, but had a lot of help from the NRL, QRL and the junior leagues from each of the centres. Bartlett gave a special shout out to the NRL’s Queensland participation coordinator Keeown Rawnsley for her tireless work in making the rugby league showcase possible.

• Cowboys staff this week bid adieu to sponsorship account manager Isis Symes, who is off on maternity leave, and welcome back Cassie Wallis to the position. A warm welcome also to new media manager Clayton Smales and regional engagement coordinator Simone Sullivan! 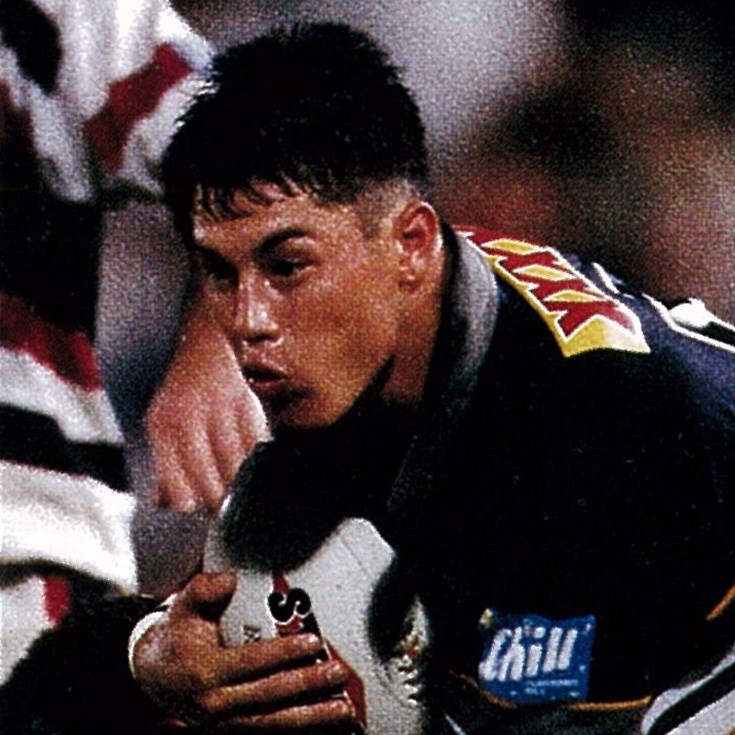