Little more than two years ago they would have been making plans to watch Game One of the Origin Series together in Townsville, but next Wednesday night Michael Morgan will honour the memory of good mate Alex Elisala when he runs out for the Maroons in Sydney.

Morgan was confirmed to make his Origin debut on Wednesday following the withdrawal of Daly Cherry-Evans through injury, although the Cowboys five-eighth is not 100 per cent sure that 18th man Dylan Napa won't find his way into the team come Wednesday.

Although he made his NRL debut back in 2010, last year was Morgan's first full season in the top grade, excelling for North Queensland in the unfamiliar position of fullback and being drafted into the Queensland camp as 18th man for Game Three of the Origin Series.

It's been something of a meteoric rise for the 23-year-old especially as it was two years ago that his motivation to play rugby league had all but disappeared in the wake of Elisala's passing in April 2013.

The pair weren't just football teammates but more like family, with Elisala living in the Morgan household for a year after they finished school, the two talented footballers sharing a bedroom as they began their ascent to the NRL.

Unfortunately Elisala was never able to reach that goal for which he seemed destined and it's only been in recent times that Morgan has felt comfortable enough to talk about the loss of his friend.

Having become associated with Headspace, a Government initiative aimed at addressing youth mental health, Morgan has recently agreed to become an NRL State of Mind ambassador and said the loss of Elisala gave him a new appreciation for what is truly important in life.

"At that time it showed me that footy was nowhere near the most important thing in the world to me," said Morgan on his first day in Queensland camp. "It just made me relax more about it and not to get overly stressed about it because there are a lot worse things in life that can happen so just try and enjoy it while it's going well and make the most of it.

"It was a huge part of my life, one of the toughest experiences I've ever been through. That year, midway through I was sort of over footy and I was looking forward to starting the new year.

"I had a couple of surgeries that year. I was looking forward to getting them done and to start 2014 fresh. It worked out that it was able to happen like that. We got a new coach, the club changed a lot, played a new position so lucky for me things actually did change and it was new and it just gave me a different look on the game.

"Up in Townsville especially lately there have been lots of unfortunate moments where young people are struggling so if I'm in a position to help I'm always happy to do it."

As word filtered north from Sydney that Cherry-Evans's shoulder injury had him in doubt to take his place on Tuesday morning, rumours quickly spread that Morgan was en route to Brisbane but he didn't join the team until Wednesday morning.

Although he has played less than 70 first grade games across six seasons Morgan's selection got the full backing of his Cowboys teammate and Maroons stalwart Matt Scott.

"Last year probably would have been ahead of time," Scott said of Morgan's rise.

"He had a fantastic year last year but he was still learning as a player, particularly changing positions like that.

"The growth he's showed over the early stages of this year, he's certainly ready for it.

"He's got a really great head on his shoulders. He's very mature for his age.

"Last year gave him a lot of confidence and we've seen him grow as a player. Certainly now he's got the ability to handle this arena."

Morgan's 66 NRL games to date have been spread over fullback, five-eighth and fullback but at 185 centimetres and 92 kilograms he is more than capable of filling in at centre or in the back row.

He has all the attributes of the perfect representative utility but he said that Meninga had not yet discussed what his exact role will be.

"I spoke to him this morning and he just said congratulations, well done and that he thought I deserved to be here and to make the most of the opportunity," Morgan said.

"It is still early in the week so I'm sure I'll talk to him a bit more over the week about what my role is and what he wants from me.

"I'm honestly not 100 per cent sure [if I'll play]. It's still early so things might change, a week's a long time in rugby league, so whichever way they decide to go with it I'm just going to enjoy the experience."

This article first appeared on NRL.com. 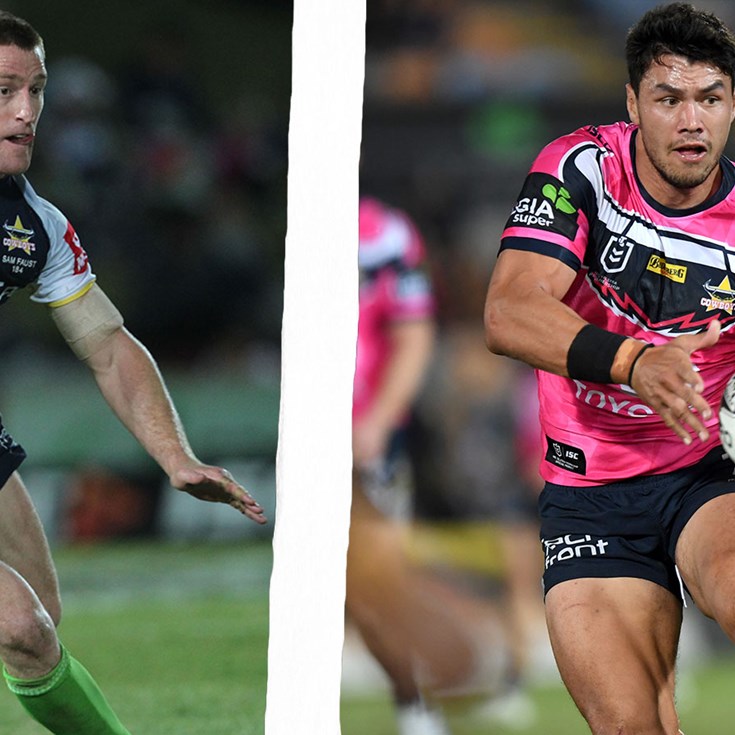 Oh What a Feeling: Drinkwater sets up Opacic's first of 2020

Sponsored By BMD 2 days ago

Sponsored By BMD 3 days ago