A dominant opening 20 minutes of play set a strong platform for the third-placed NYC North Queensland Toyota Cowboys to overcome a spirited Bulldogs side 42-20 at 1300SMILES Stadium.

Dominating possession and field position in the opening passages of play, the Cowboys were frustrated with two no-try calls after being held up over the line before opening the scoring in the 7th minute through an Akeripa Tia Kilifi try.

Captain Kieran Quabba crossed in the 15th minute to give the home side a 10-0 lead, but the Bulldogs struck back with three unanswered tries to lead 16-10 with 10 minutes to go before the half-time siren.

Settling down in the final stages of the first half, the Cowboys went to the break having regained an 18-16 lead after scoring twice, and continued the onslaught in the second half with a powerful display.

By the 79th minute the score was 42-16 after four more Cowboys tries, with the Bulldogs scoring a consolation try with just 30 seconds to go.

For the Cowboys, Scott Schulte scored a double while hooker Brandon Smith was forced off through injury just before the half-time break. 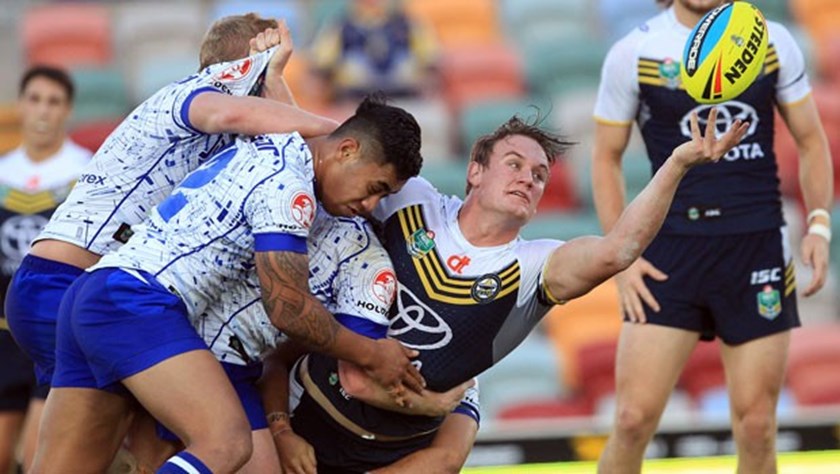