The North Queensland Toyota Cowboys have suffered their first NYC loss of the season, going down 30-26 to the Brisbane Broncos at Suncorp Stadium.

Despite Brandon Smith scoring three tries, the visitors couldn’t hold out the home side.

It wasn’t the start that the Cowboys had hoped for as the Broncos swept the ball downfield from a penalty.

From the ensuing set of six, Jayden Nikorima stumbled his way across the line to open the scoring in the fourth minute.

Brandon Smith – who’s scored in the past two matches for the Cowboys – was again the instigator to getting points on the board for the visitors as he wrestled his way from dummy half to level the score, Cooper Bambling adding the extras.

The Cowboys were camped on their own line for two sets of six, after a lack of discipline had them on the defensive.

It didn’t take long for the Broncos to again make in-roads – this time Jai Arrow got his name on the scoresheet. It was a busy half for the man in the middle, as the Cowboys got a free ride up the centre of the field.

The Broncos were then caught short on the left hand side as Scott Schulte crossed untouched to level it 10-all at the 29-minute mark.

Smith bagged his second of the half to again level it 16-a-piece at half time.

After conceding another four pointer early in the second, the Cowboys began to find some space out wide.

Gideon Mosby had green fields in front of him before finding Yamba Bowie 10 metres out before the Broncos defence cut him down.

But it was the Cowboys number nine who continued to breach the Broncos defence near the line with his third of the night.

Bambling added the extras to make it 22-all.

With 15 on the clock Viliame Kikau busted through the middle and again had the North Queenslanders on the attack but the Broncos defence held out the raids.

With less than 10 to go Brisbane prop Jayden Berrell broke the tackle 10 out before he was held just short of the line. 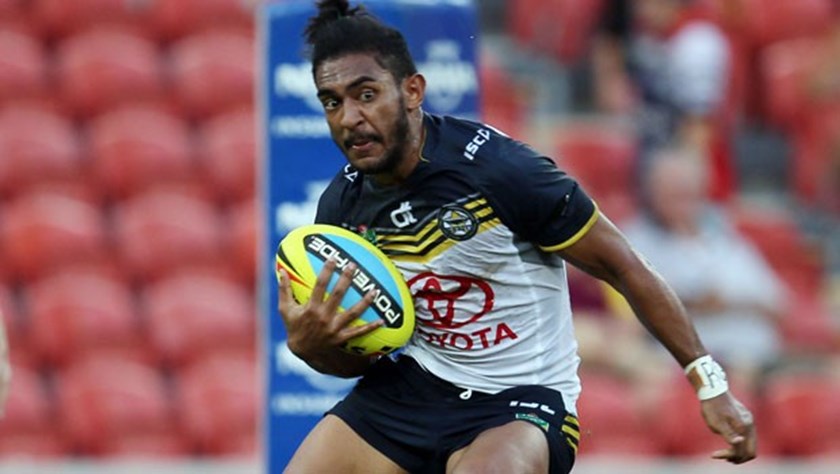 But a penalty right in front in the dying minutes saw Bronco Ash Taylor step up to put them two in front.

Kalolo Saitaua capped it off for the Broncos with a four-pointer under the posts to hand the Cowboys their first defeat of the season.

Coen Hess was on the Cowboys' casualty list for the night, coming off early in the second half with a shoulder injury.