The North Queensland Toyota Cowboys have gone down 14-16 to the Newcastle Knights in a round 2 cliffhanger packed with plenty of aggression at 1300SMILES Stadium.

Newcastle were the first to attack, spreading it wide, but Kane Linnett was superb in defence putting Akuila Uate in touch.

But early on it was a different Cowboys outfit who looked to play much more attacking football with Johnathan Thurston spinning it wide to create space for his wingers.

Frustration from Dane Gagai led to a penalty for the Cowboys and they got a free ride up field and from the ensuing set, Robert Lui put a grubber through with Ethan Lowe able to ground the ball for the green light in the 13thminute – Thurston added the extras. 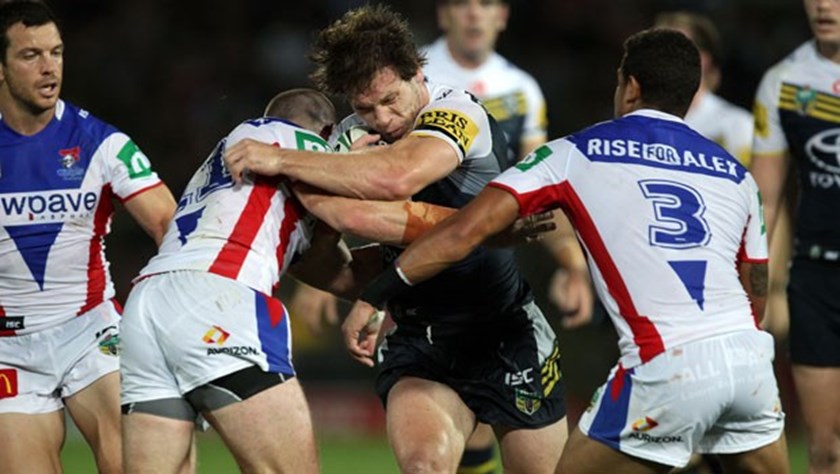 Twenty-eight minutes in a scare went around the ground with Justin O’Neill going down on the ground.

The game was stopped as the Cowboys winger was treated on the field before being stretchered off.

The very next play Michael Morgan made a break down the left-hand touchline before Lui again went to the air.

Kurt Gidley was challenged by Gavin Cooper and the fullback couldn’t take it cleanly, leaving Matt Scott to bag their second and go up 12-0 after Thurston kicked the conversion.

The Knights were trying to rough up the home side – Joey Leilua’s high shot on Michael Morgan gave Thurston a shot from right in front as they took a 14-0 lead.

But despite defending for most of the half, the Knights still had some run in their legs just before the break as they sent the ball out the left with Leilua posting their first just before half time.

The Knights continued their physical attack on Thurston at the start of the second, with Chris Houston and Beau Scott lucky only to give away a penalty after driving the number seven into the field. It became a grind in the middle as both sides couldn’t find a break through the defensive wall.

But when the Cowboys couldn’t find touch from a penalty, Newcastle drove the ball up the field and on the last tackle threw the ball out the back with Uate drawing them within six at the 60-minute mark.

Tyrone Roberts's conversion made it 14-10.

With less than 10 on the clock Leilua quietened the home crowd as they hit the front for the first time when Roberts added the extras.

Kyle Feldt had the chance to level it right on the hooter with a penalty at the half-way mark but the ball faded right.

Ben Hannant had a big game up the middle with 17 hit-ups for 149 metres.

The Cowboys captain was put on report for a high shot, while Justin O’Neill will undergo tests during the week after he was concussed early in the first half. 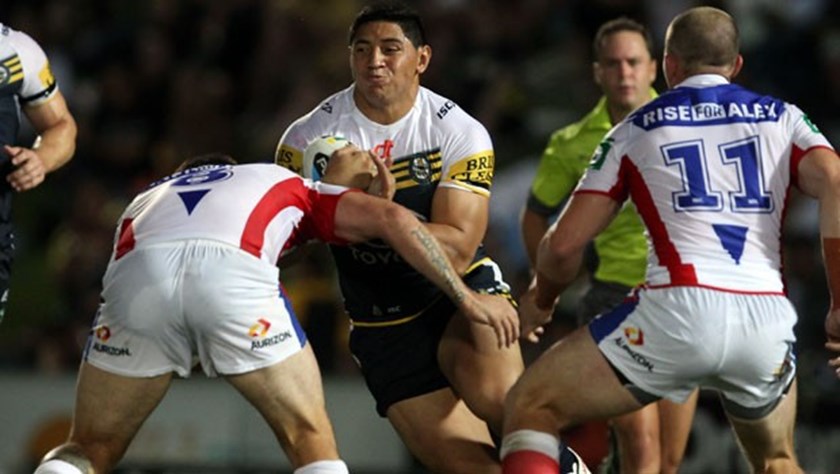