Two late tries propelled the Toyota Cowboys to an 18-6 win against Brisbane at Stadium Mackay tonight to continue North Queensland’s successful run against the Broncos in pre-season clashes.

In windy and wet conditions, both teams had almost all of their starters on the interchange bench when the Cowboys turned a 6-all scoreline into a 12-point victory to make it three straight trial game victories against their Queensland rivals.

Playing against his old club for the first time, hooker Jake Granville – the third dummy-half of the night for North Queensland – picked up the 68th minute try that gave the Cowboys a lead they didn’t relinquish. Tom Humble grubber-kicked into the in-goal and the ball ended up in Granville’s hands after Aaron Whitechurch was unable to handle it for Brisbane.

Kyle Feldt added the conversion from close to the posts and then grabbed the final try after the Broncos coughed up possession in their own 20-metre zone and North Queensland quickly spread the ball to their right winger.

Feldt’s conversion from the sideline completed the scoring.

Playing with the strong south-easterly at their backs, it was the Broncos who made the most promising start in both clubs’ first 13-a-side encounter of the new season. 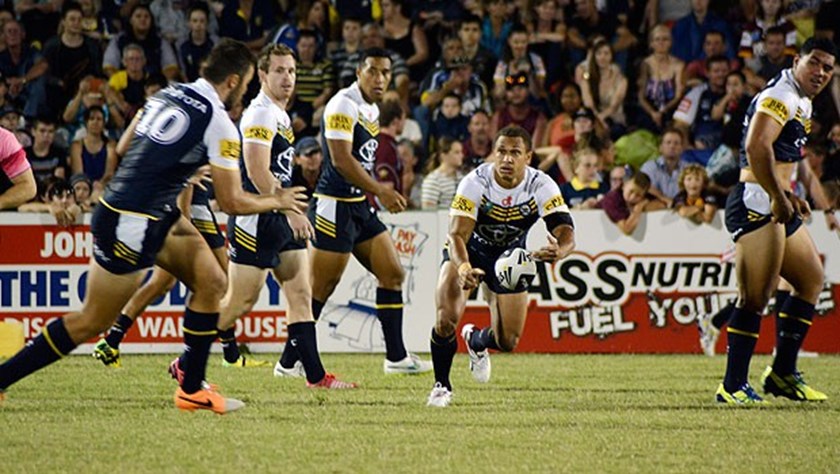 In the seventh minute, Brisbane had numbers left and looked certain to score but for Feldt swooping to intercept an Anthony Milford pass.

The Broncos were denied another possible try in the 14th minute.

Lachlan Maranta cleaned up and dashed over after a spilled bomb but the referee ruled there had been a knock on by Brisbane before the ball came loose.

With few opportunities to attack, but strong in defence, a Robert Lui high ball spilled by Jordan Kahu in the 18th minute gave the Cowboys the chance for first points.

After they received a tackle count restart, Lui took advantage of a broken defensive line and stepped his way over. Feldt kicked the conversion into the wind and it was 6-0.

With the rain coming down, and the Cowboys failing to complete six consecutive sets of possession, the Broncos levelled the match just before half time.

Kodi Nikorima took off from dummy half and slipped a ball inside to prop Joe Ofahengaue, who carried two defenders over the line.

Anthony Milford kicked the goal to level up at 6-all at the break.

The first 20 minutes of the second half passed without much incident, although fullback Lachlan Coote, returning after a year out of football, had some nice touches at the back in difficult conditions.

The Cowboys No.1 came off for the final 20 quarter as Green turned to train and triallists Tom Humble and Cameron Cullen as well as NYC forwards Coen Hess and Braden Uele in a youthful lineup.

The Cowboys’ next pre-season commitment will be against Townsville Blackhawks next Saturday before the final trial against Gold Coast Titans in Cairns when a near full-strength lineup will hit the field. 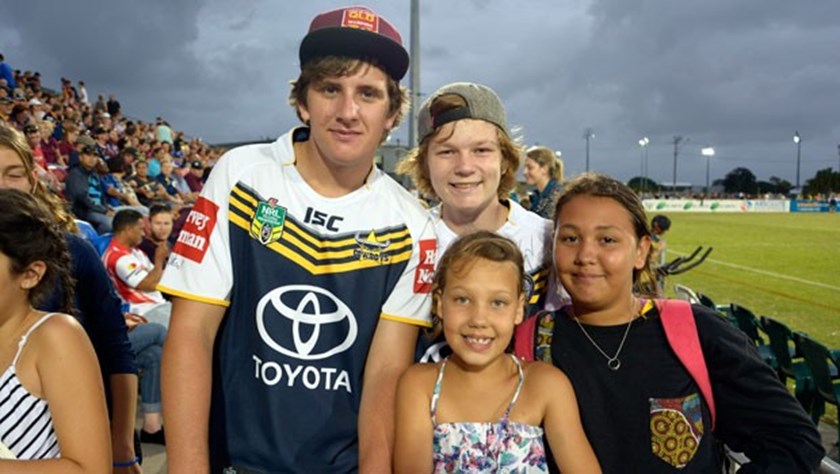 Thurston's reflections: 'It takes a village to raise a child'