The wait is almost over with the North Queensland Toyota Cowboys’ 20th anniversary season now just under six weeks away.

Monday 2 February will mark another milestone on the road to round one, with single game match tickets for all 2015 NRL home games at 1300SMILES Stadium on sale from Ticketek.

As an additional benefit to our members, 2015 Cowboys Stampede members will have access to secure tickets in an exclusive members-only buying window, before tickets are available to the general public.

This gives our members a great chance to secure the best remaining tickets for all of our home games, including the round 10 Queensland derby against the Brisbane Broncos on Friday night, 15 May. 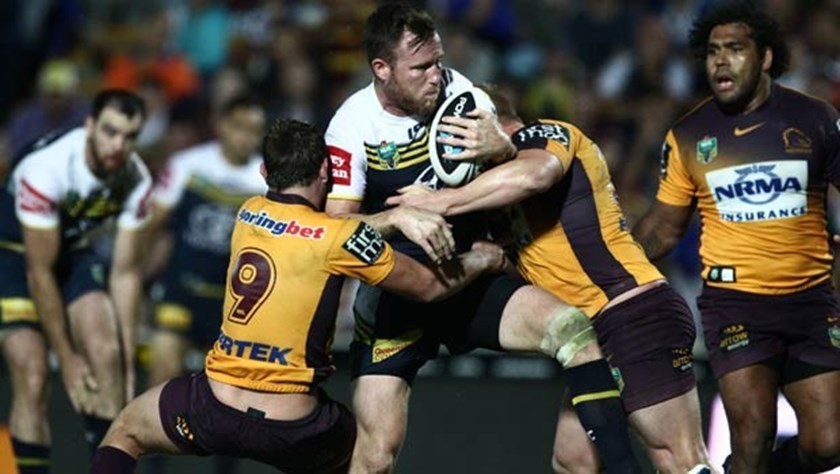 Plus, all members receive the added bonus of a 10% member discount on single game tickets (maximum purchase of four tickets per member, per game), available during the buying window and for the rest of the season.

The Cowboys have an exciting schedule of 2015 home matches, starting with the match-up against the Sydney Roosters, the team that eliminated them from last year’s finals series, at 1300SMILES Stadium on Saturday night, 7 March.

Their home campaign also includes blockbusters against the Melbourne Storm (round four), Canterbury (round nine), Manly (round 12) and reigning NRL premiers South Sydney (round 23).

All of the game-day dates and kick-off times for the first 20 rounds are already locked in, with the details on the final six rounds before the finals to be released by the NRL later in the year.

Don't forget – a season membership locks in all 12 home games, a fantastic merchandise pack plus all the benefits that keep you close to the team – starting from just $159 >>> check out your options