The North Queensland Toyota Cowboys and YWAM (Youth With a Mission) recently visited Palm Island schools to spread the messages of health, wellbeing and the importance of informed choices as part of two of the club's flagship community programs. 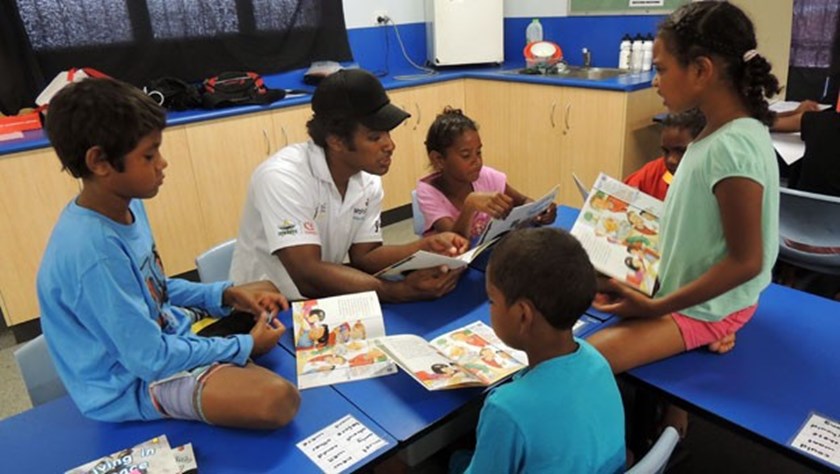 After an in-class reading session with the St Michael’s students, it was out to the playing field for some rugby league drills and games and lots of encouragement from the Cowboys squad to take up regular sport.

Joined by Fiona and Johnny Cochrane, Ratu Meli Dreunimolea, Timoci Nawaibalavua and Eparama Turaganivalu from YWAM, the team later visited the Bwgcolman Community College to deliver health and wellbeing workshops to year 8 and 9 students as part of the Cowboys Try Time! program. Developed by the Cowboys and YWAM in consultation with Education Queensland and Catholic Education, Try Time! workshops focus on encouraging young people to make positive and informed choices, rather than just going along with what everyone else is doing ("only dead fish go with the flow"). In this visit to Bwgcolman the Try Time! team delivered workshops on drug and alcohol abuse and online safety and social media.

With the continuing support of BHP Billiton Cannington, the Try Time! team are planning to return to Palm Island in early 2015. 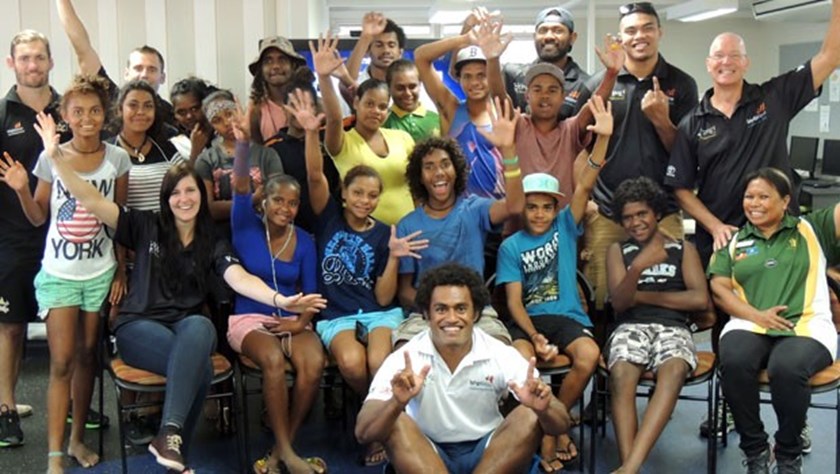