The winner of the Cowboy of the Year title in 2005 and 2012, Thurston edged out fellow co-captain Matt Scott for the 2014 medal following a vote count that came down to the final match of North Queensland’s season.

It completed a huge night for JT at the Cowboys’ Presentation Ball at Jupiters Townsville.

He also won the Players’ Player Award, the Townsville Bulletin Fans’ Choice Award and became the club’s fifth life member after reaching the 200-game mark during the season.

With points voted on each week by the North Queensland coaching staff, Thurston picked up eight man-of-the-match three-pointers during the season, including in the club’s final game of the year – the heartbreaking one-point semi-final loss to the Sydney Roosters.

The two co-captains had entered the finals series level on 30 points and both polled in the two finals.

All up, Thurston polled votes in 15 of the 24 matches he played for the Cowboys this year, while Scott, who picked up points in 10 of his first 12 games, will rue being stuck on 19 points for six weeks during the middle of the year when he was unavailable through State of Origin commitments and a stint on the sidelines with a fractured cheekbone. 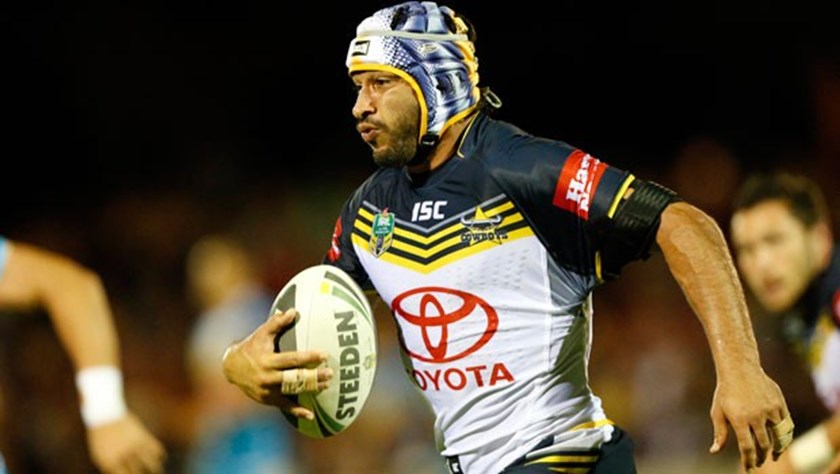 In the Players’ Player voting, Thurston, who led the NRL in try assists, linebreak assists and points scored, finished on 24 points, three ahead of Matt Scott and four clear of fullback Michael Morgan.

Jason Taumalolo (14) and Matthew Wright (12) rounded out the top five.

It’s the second time that JT has won the Players’ Player award.

Cowboys general manager – football Peter Parr said while Thurston, who has now completed 10 seasons with North Queensland, did not play the game for individual honours, he fully deserved every one that came his way.

“A third Paul Bowman Medal and another Players’ Player award to go with a third Dally M Medal and the other awards JT has received at the end of this season just show what type of year he had,” Parr said.

“There is no more influential or inspirational player in our game and we’re fortunate to be able to see him in action every week in a North Queensland Cowboys jersey.”

In his final season with the Cowboys, Ashton Sims was named Club Person of the Year for his community and promotional work off the field, combined with his leadership and performances with the playing squad.

Other awards presented tonight in front of an audience of 600 guests included:

No-one had more of a positive influence on the 2014 Cowboys NYC squad than their dummy-half.

In his first year with North Queensland after moving up from Canberra, the hooker played in 22 matches and shone with his running game and tireless defence, including making an amazing 60 tackles in one end-of-season match.

His performances throughout the year earned him an NRL contract with NQ  for 2015. Morgan had never played a game at fullback until he was thrust into the position for the trial game against the Titans in Toowoomba.

From then on, he made the position his own with a sequence of eye-catching performances.

Selected in the Prime Minister’s XIII to play Papua New Guinea on Sunday, Morgan finished in the top 10 in the NRL for linebreak assists and try assists and he wore the No.1 jersey in every NRL match the Cowboys played this year. 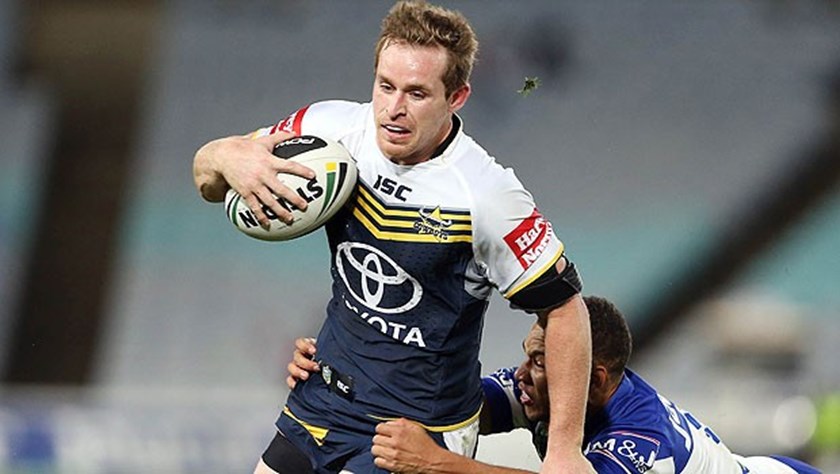 In his first year with the Toyota Cowboys after joining from the Sydney Roosters, the 2013 NYC Team of the Year member showed why North Queensland were so keen on recruiting him.

After a settling in period with the Mackay Cutters, Asiata gained his first NRL jersey in round 12 against the Melbourne Storm – a 22-0 victory at 1300SMILES Stadium.

The back-rower ended up tallying six NRL matches and 18 games for the Cutters in his first season of senior football.